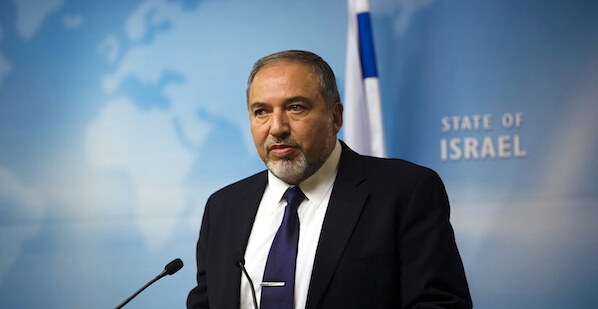 Tel Aviv:Israel’s firebrand minister for military affairs Avigdor Lieberman has said that all Palestinians should leave the entity and live in the territories administered by the Palestinian Authority.

Speaking to Israel’s Channel 2 on Saturday, Lieberman said the Palestinians living in Israeli cities and towns should be made to go and live in the occupied West Bank under the authority of President Mahmoud Abbas.

“With my blessing: You are Palestinians, you should go to Abu Mazen. You’ll be citizens of the Palestinian Authority. He’ll pay you unemployment benefits, health benefits, maternity benefits, hanging around benefits,” he said derogatorily, using a nickname for Abbas.

Back in 2014, Lieberman struck a similar tone by saying that Israel had to offer Palestinians “economic incentives” to enable such departures.

Israeli leaders, however, have not offered any guarantees that even if the Palestinians were to take the proposals, Tel Aviv would terminate its 1967 occupation of the West Bank and East Jerusalem al-Quds.

Instead, they have frequently talked of Israeli plans to annex the West Bank. Earlier this month, Israeli education minister Naftali Bennett said the ongoing evacuation of the Amona settlement was a prelude to the annexation.

Israel has been dotting the territories with settlements, defying the international law amid the support of the United States, which has been using its veto power at the UN Security Council in favor of Tel Aviv.

On Thursday, a settler group said the number of Israeli settlers in the occupied West Bank has risen by 3.9 percent since 2015, twice the growth rate of the Israeli population.

Lieberman said Tel Aviv had to consult Washington before choosing to assert “permanent control” over the West Bank. He urged Israeli Prime Minister Benjamin Netanyahu to work for “an agreement” with US President Donald Trump on “the question of Israeli sovereignty” over the West Bank.

Observers say such an “agreement” would ensure Washington’s continued blocking of anti-Tel Aviv resolutions at the UN Security Council.

Both on his campaign trail and after inauguration in January, Trump has been indicating that his administration would be throwing much more weight than its predecessors behind the Israeli regime.


Warning: file_get_contents(index.php): failed to open stream: No such file or directory in /home/u818290828/domains/wilayattimes.com/public_html/wp-includes/plugin.php on line 441