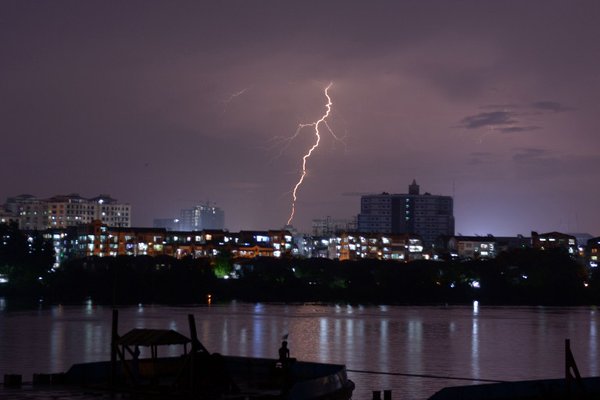 Dhaka:At least 59 people have lost their lives in Bangladesh after being struck by lightning over the past three days, an official says.

According to Reaz Ahmed, the head of Bangladesh’s disaster management body, who was speaking on Sunday, 34 people were killed on Thursday in different locations of the capital, Dhaka, and another 25 over the next two days all across the country.

“We’ve not seen such a huge number of deaths due to lightning before,” Ahmed said, adding that most of the victims were farmers struck while working in their fields.

The disaster management body has reportedly launched a campaign to create awareness among people so that they remain indoors during thunderstorms.

“We’ll ask the people not to work in open spaces such as farmland, avoid the use of electronic gadgets such as mobile phones and not to stand under metal electric poles or big trees during lightning,” Ahmed said.

He also said 200 people have died as a result of lightning strikes on average every year since 2011.

The country’s Meteorological Department said deforestation was to blame for the increased number of fatalities, especially the cutting down of tall trees like palms that attract lightning bolts.

Strong tropical storms with lightning regularly hit Bangladesh ahead of and during the monsoon season, which runs from June to September every year.