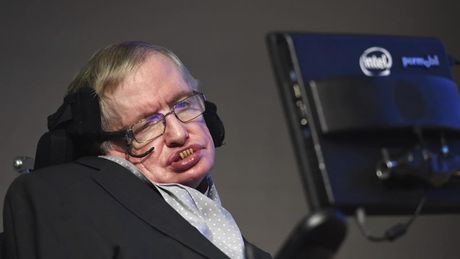 London:Stephen Hawking’s brilliant mind understood mysteries of time and space, despite the rest of his body being paralysed by disease.

Scientist Stephen Hawking has died at the age of 76, a spokesman for his family has said.

Professor Hawking’s children, Lucy, Robert and Tim said in a statement that he had died at his home in Cambridge in the early hours of Wednesday.

They said: “We are deeply saddened that our beloved father passed away today.

“He was a great scientist and an extraordinary man whose work and legacy will live on for many years.

“His courage and persistence with his brilliance and humour inspired people across the world.

“He once said, ‘It would not be much of a universe if it wasn’t home to the people you love.’

“We will miss him forever.”

They asked for privacy but added their thanks to “everyone who has been by Professor Hawking’s side and supported him – throughout his life”.

Stephen William Hawking was born in Oxford in 1942, the eldest of four children.

The family’s home was in north London but Hawking’s mother had moved to Oxford because London was being bombed during the Second World War.

Hawking’s father was a doctor of tropical medicine and wanted his son to follow him into the profession. Hawking wanted to be a mathematician, however, so natural sciences was an agreed compromise.

Hawking contracted amyotrophic lateral sclerosis (ALS) in 1963 at the age of 21.

In his 2013 memoir My Brief History, he recalled: “At the time, I thought my life was over and that I would never realise the potential I felt I had.

“But now, 50 years later, I can be quietly satisfied with my life.”

Despite doctors giving him just two years to live, he went on to study at Cambridge and became one of the most brilliant theoretical physicists since Albert Einstein.

He was given more than a dozen honorary degrees and was awarded the CBE in 1982.

It was his book A Brief History Of Time that cemented his position as one of the best-known scientists of his time, however.

It was turned down by more than 20 publishers before Bantam Press released it in 1988.

Hawking’s first attempt to write a popular book about the physics and the universe’s beginnings was a massive success, spending 237 weeks on the Sunday Times best sellers list.

For much of his time in the public eye, his illness confined him to a wheelchair and, since 1985, he communicated through a computer, which he operated with his cheek.

The world famous physicist and cosmologist was the subject of the 2014 film The Theory Of Everything, which starred Eddie Redmayne and Felicity Jones.

He also performed cameos in the US comedy series The Big Bang Theory as well as The Simpsons and Star Trek.

But in between his screen appearances, his amazing mind tackled everything from the origins of the universe to the possibility of time travel and the mystery of the solar system’s black holes.

Hawking once described belief in a God who intervenes in the universe “to make sure the good guys win or get rewarded in the next life” as wishful thinking.

“But one can’t help asking the question: Why does the universe exist?” he said in 1991.

“I don’t know an operational way to give the question or the answer, if there is one, a meaning. But it bothers me.”

The University of Cambridge will open a book of condolence at Gonville and Caius College.