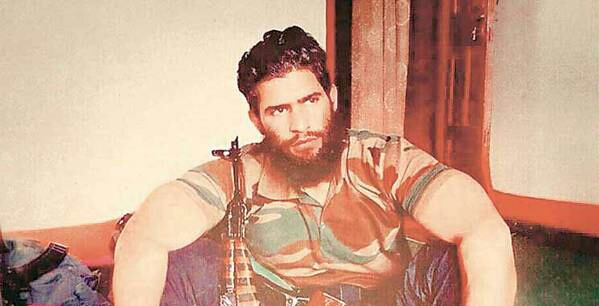 Al-Qaeda announces Zakir Musa as the leader of Kashmir Wing

Srinagar:The propaganda wing of Al Qaeda has issued a statement claiming that Zakir Musa, the erstwhile commander of Hizbul Mujahideen, has opened the global outfit’s wing in Kashmir.

The story, which was first reported by The Guardian, said that announcement of the new group was made on Thursday by ‘Global Islamic Media Front’- an Al Qaeda-affiliated information network.

The statement, which has also been accessed by News 18, goes on to state:

“After the heroic martyrdom of mujahid Burhan Wani, the Jihad in Kashmir has entered a stage of awakening., as the Muslim Nation of Kashmir is committed to carry the flag of Jihad….for this goal, a new movement of Jihad has been founded by the companions of martyr Burhan Wani (Rh) under the leadership of mujahid Zakir Musa.’

The announcement of the establishment of India chapter called, Ansar Ghazwat-ul-Hind is the deepest inroad al-Qaida has yet made in Kashmir.

Musa, whose actual name is Zakir Rashid Bhat, hails from a well to do family from Noorpura, Tral in South Kashmir. His father is an engineer and brother an orthopaedic surgeon at a Srinagar hospital.

Musa himself studied engineering at a college in Chandigarh before he took up arms against the Indian rule.

Musa succeeded Burhan Wani after he was killed in an encounter in July last year and was made commander of Hizbul Mujahedin which terms Kashmir a political dispute.

Musa broke away from the Hizbul Mujahideen on May 14, a week after he drew criticism from within for calling for the beheading Hurriyat leaders for their stance against groups like Al-Qaeda and ISIS or Daesh. Since his exit, he has advocated for “sharia or sahadat (establishing Islamic rule or attaining martyrdom)”. His comments against the Hurriyat leaders – seen as the political face of the Kashmiri movement – came after they said the “struggle in Kashmir has nothing to do with ISIS and al-Qaeda”

The 23-year-old militant had recently issued a statement, which was condemned in the Valley, threatening to kill top Hurriyat leaders. He and Hizbul since that day have parted ways and till now there is no news about him.

Notably, the chief of United Jehad Council, Syed Salahuddin, had released a statement on Wednesday urging Kashmiris “not to join any global jihadi movement”.