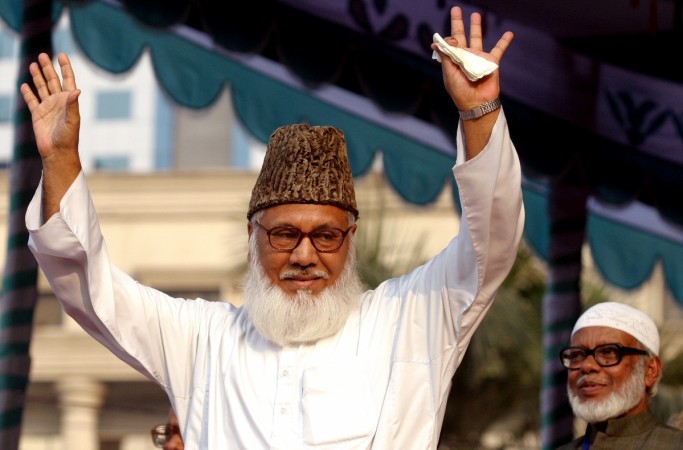 Dhaka:Bangladesh has executed a top leader of the banned Jamaat-e-Islami, Motiur Rahman Nizami, for war crimes committed during the 1971 war of independence from Pakistan.

“Motiur Rahman has been hanged to death at 12:10 a.m. (Wednesday),” Jahangir Kabir, Superintendent of the Dhaka Central Jail said.

The 73-year-old was hanged after the Supreme Court rejected his appeal on May 5. Home Minister Asaduzzaman Khan told reporters on Tuesday evening that Nizami did not opt to seek presidential clemency.

He was convicted and sentenced to death in 2014 by a special tribunal for orchestrating genocide, rape and the massacre of top intellectuals during the conflict.

Nizami is the fifth person to be sentenced to death by the war crimes tribunal since 2013, and the fourth executed Jamaat leader following Ali Ahsan Mohammad Mojaheed, Abdul QuaderMolla, MohammadKamaruzzaman, who were all executed on similar charges.

Jamaat-e-Islami strongly opposed the breaking away from Pakistan and the party was banned shortly after Bangladesh gained independence. The group then reentered politics for several years before being declared illegal again in 2013.

Jubilant crowds gathered outside the jail on the news of his death — processions of people handed out sweets and several used shoes to hit posters bearing Nizami’s face. A large contingent of police was deployed around the jail to beef up security measures.

Despite the celebrations, concerns have been raised over the fairness of his trial.

“I am severely condemning such vindictive politics of the government,” Ahmad said.

According to Human Rights Watch, the court limited the number of witnesses Nizami could call to defend himself and ultimately was only allowed four witnesses to testify on his behalf.

He was not allowed to challenge prosecution witnesses who allegedly had offered inconsistent testimony, they said.

In addition, HRW said the presiding judge, the prosecution, and an external consultant, unlawfully discussed his trial publicly.

“Human Rights Watch opposes the death penalty in all circumstances as an irreversible, degrading, and cruel punishment,” said Brad Adams, HRW Asia director. “It is particularly problematic when there are questions about whether proceedings meet fair trial standards.”

“While many in Bangladesh believe Nizami to be guilty and want him punished, justice is only served through fair trials,” said Adams. “Instead of expedited hangings, authorities in Bangladesh should do everything possible to ensure that victims receive accurate answers about responsibility for crimes of such gravity and magnitude.”  Agencies