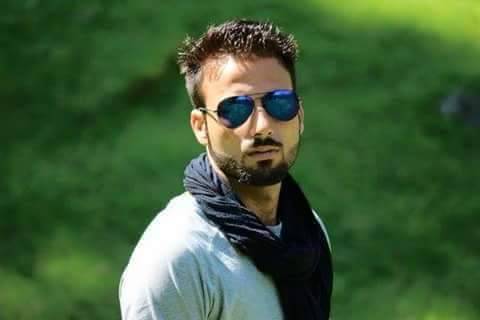 Srinagar:Handwara in Jammu and Kashmir remains tense as the death toll in clashes between protestors and security forces in the town climbed up to 4. Security personnel had allegedly opened fire at locals who were protesting against the molestation of a girl.

Budding cricketer Nayeem Bhat is among the four killed in Handwara when security forces opened fire to disperse a stone-pelting mob. Five people have also been injured in the clashes.

Nayeem, a student of Government Degree College Handwara, was a top order batsman, who had attended an Under-19 national level camp three years ago. Several photographs of Nayeem at various cricketing events, including a net session with Jammu and Kashmir’s star all-rounder Parvez Rasool, were circulated on social networking sites soon after his death.

The angry residents were protesting against the alleged molestation of a local girl by security personnel. The Army has ordered an inquiry while Jammu and Kashmir Police has registered a criminal case and began investigations into the incident.

The unrest in Handwara had an echo in Srinagar, the summer capital of the state, as also in Pulwama in south Kashmir, where protests erupted and stone-pelting incidents were reported at some places, the official said.

Giving details of the incident, the police spokesman said within minutes of alleged incident of molestation by an army man, a large number of people gathered there and attacked the army bunker in Handwara chowk.

They assaulted the personnel deployed there, ransacked the bunker and attempted to set it on fire, he said. “In retaliation, the security forces deployed (there) used force to disperse the violent rampaging mob,” the spokesman said.

Additional police personnel have been deployed in sensitive areas of the city to maintain law and order.

Chief Minister Mehbooba Mufti said the security personnel involved in the killing of the youth will be given exemplary punishment as such incidents cannot be tolerated since these have a “negative impact” on the state government’s efforts to consolidate peace efforts.

The security forces must exercise maximum restraint and adhere to the Standing Operating Procedure (SOP) while dealing with the public protests as incidents of innocent killings cannot be tolerated, she said, while expressing solidarity with the families of the two youth.

Separatist outfit Hurriyat Conference headed by leader Syed Ali Shah Geelani has called for a state-wide bandh on Wednesday & Thursdsy to protest against the killing. Political parties, like National Conference and Congress, expressed grief and shock over deaths and demanded that a probe so that the guilty could be punished.