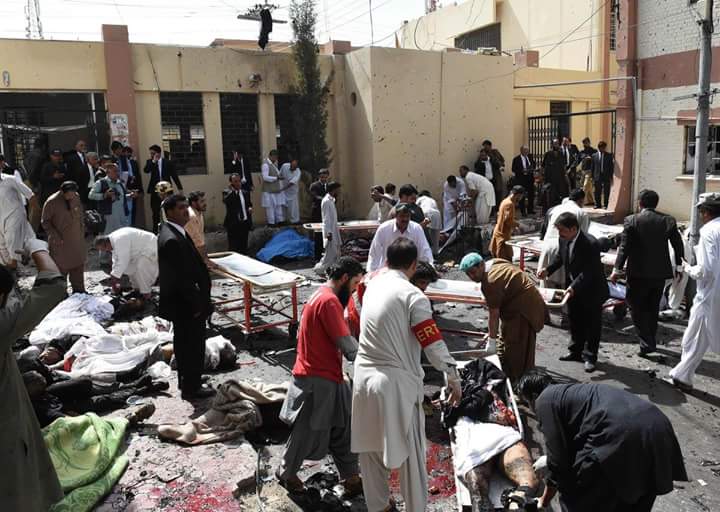 DAESH bombings kill above 100 in Iraq and Pakistan

Islamabad:The Islamic State terror network claimed responsibility for two bombings that each killed dozens of people Thursday one in Pakistan and one in Iraq.

A suicide bomber blew himself up at a world-famous shrine in southern Pakistan, killing at least 75 people and wounding more than 200 others, according to health officials. They said the dead included 20 women and nine children.

Also Thursday, a car bomb exploded in Baghdad’s southwestern al-Bayaa neighborhood shortly before sunset, killing at least 51 people and wounding more than 60 others, according to Iraq’s Interior Ministry. It was the third blast to hit the Iraqi capital in three days, the BBC reported.

The terror group claimed the bombings through its Amaq media agency.