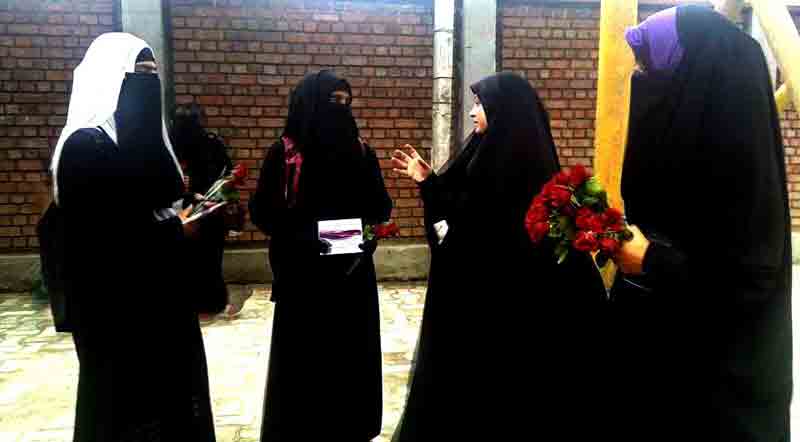 Srinagar:9th Nov 2015:One of its first kind Hijab campaign carried out by International Muslim Unity Council at capital Srinagar in which group of girls distributed flowers,cards and other gift item to others for being in Hijab. Awareness campaign inspired women to wear Hijab in unique style and drew the attention of people on the significance of Hijab. While speaking to the Media,Women Members of International Muslim Unity Council made outlined that Kashmir is the valley of saints and it is the moral dutyto come forward and wage a full-fledged war to safe guard our society by westernization.

The Hijab reflects the strong determination and personality of the girl who wears it because wearing hijab means that she managed to overcome the temptations and evil ideas around her.Campaign stressed to practice the Hijab as an Islamic ethic and to maintain its sanctity.