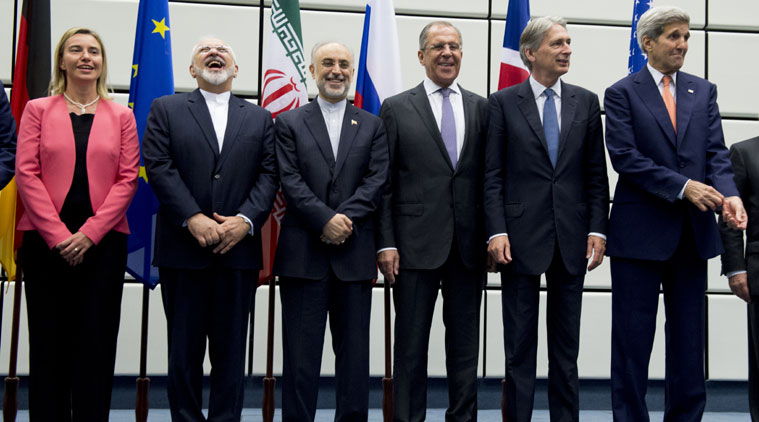 The recent  historic Iran nuclear deal has been a path-breaker in global politics .The deal framework was a preliminary framework agreement reached between the Islamic Republic of Iran and a group of world powers: the P5+1 (the permanent members of the United Nations Security Council–the United States, the United Kingdom, Russia, France, and China plus Germany), plus the European Union.

Negotiations for a framework deal over the nuclear program of Iran took place between the foreign ministers of the countries at a series of meetings held from 26 March to 2 April 2015 in Lausanne, Switzerland. On 2 April the talks came to a conclusion and a press conference was held by Federica Mogherini, (High Representative of the European Union for Foreign Affairs) and Mohammad Javad Zarif (Minister of Foreign Affairs of Iran) to announce that the eight nations had reached an agreement on a framework deal.

Iran has proven to world that a nation can never be crippled by sanctions, oppression and ultimately the just resilience of a proud nation matters. Iran with this Nuclear Deal with global powers has not only kept its honour high but also enriched this honour in a passionate way .Iran was for decades by imperialist USA and its power crazy allies suffocated and pained with sanctions but the fighting spirit of its people kept it not only going but prospering in right direction. From literature to medicine, from Technology to Defense Iran made stunning progress and is among the few countries of world having track record of producing largest number of engineers in the World. With every restriction, with every threat by Zionists ,with every allegation by Imperialists a triumphant Iran has emerged.

Today the oppressive voices of world are feeling stunned and defeated by the great diplomacy and peaceful moves of Iran.