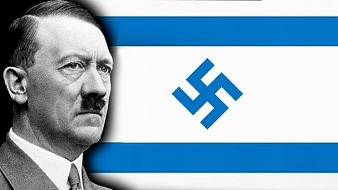 Brasila:Deputy of Human Rights in the Brazilian city of Guarulhos denounced the policy of Zionism regime against Islam.

“The policy of killing and Ethnicity in Palestine by the Zionist regime, racism in South Africa, and various conspiracies against Islam are all of the same genius and condemned,” Deputy of Human Rights in the Brazilian city of Guarulhos, Lama Samiee stressed.

The Brazilian human right activists likened the policy of Zionism regime to Hitler holding them as the same. He went on to point out as for humane values and code of ethics, “We are not allowed to shed the blood of others.”

Welcoming warmly Iranian delegation to Brazil, he stressed, “Contrary to the Zionism, I believe that you are men of peace.”

Iranian delegation comprising Iranian clerics and thinkers went to Brazil so as to attend the conference on “Muslims and Countering terrorism, Extremism”.

In the event, Secretary General of the World Forum for Proximity of the Islamic Schools of Thought, Ayatollah Mohsen Araki attended the event giving speech.