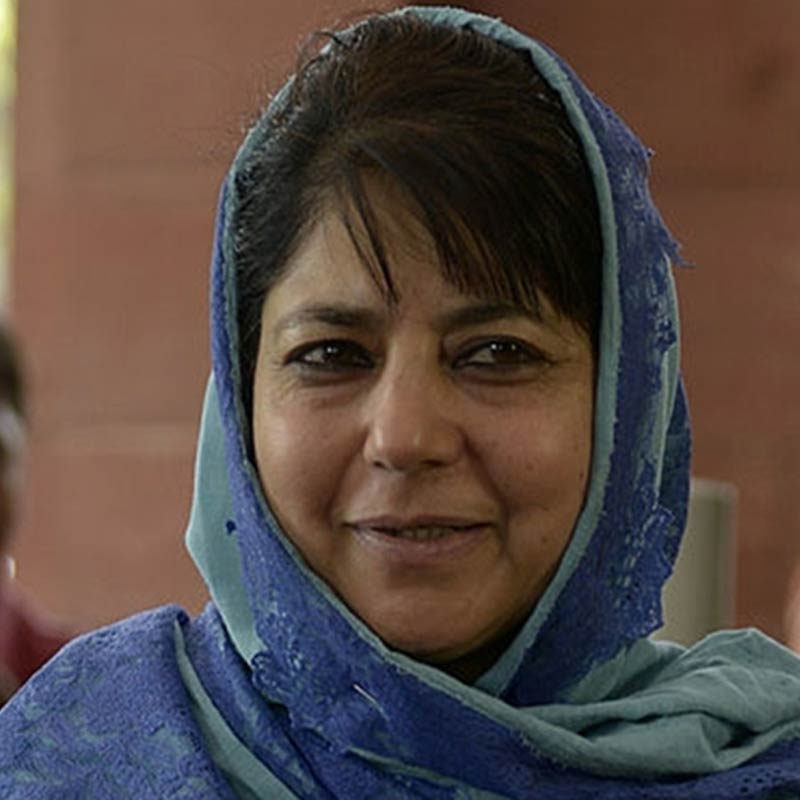 ISIS is an anti-Islam organisation:Mehbooba Mufti

Srinagar:5th Dec 2015:Peoples Democratic Party president Mehbooba Mufti Saturday said the Kashmir issue could be best resolved through former Prime Minister, Atal Bihari Vajpayee’s policy of accommodating Kashmiris and involving Pakistan.Speaking at the Hindustan Times Leadership Summit, Mehbooba said, “ISIS is anti-Islam organization”On Intolerance Debate Mehbooba said, “what is happening in Syria, Iraq, Afghanistan and other places is that the fringe elements are misusing the name of Islam.” “And in our country, there are fringe elements who are misusing the name of Hinduism. And they also compare it with nationalism, which is worse,” she said adding if you ask me to pick up a quality of Hinduism, it is tolerance. “And our country is known for tolerance.”She said it was important for the Union government to deal with such fringe elements “who are misusing the name of Hinduism and comparing it to nationalism”.

“ISIS is doing everything which goes against the basic tenets of Islam. “I don’t think Kashmiris will follow what ISIS stands for. ISIS stands for murder, rapes, plundering. How can this be Islam? Islam is the total antithesis of what they are doing,” she said.

Mehbooba, however, blamed the rise of the IS on the military campaigns waged by the US in Afghanistan and Iraq, which had created a “feeling of victimhood” among Muslims. “It is important for the world community not to blame Muslims for the actions of the IS,” she added.

“Indian Muslims need to be saluted. They didn’t come to Kashmir – people came from all over and picked up guns but not Indian Muslims. We shouldn’t be so influenced by the IS that we start suspecting all Muslims,” she said.

On Media’s Projection of Kashmir “Showing youngsters with Pakistani flag has become old-fashioned in Kashmir. So now they are shown with ISIS flags. Those youngsters don’t even know what they are doing. The media needs to introspect. No one shows August 15 celebrations in Kashmir,” she said.