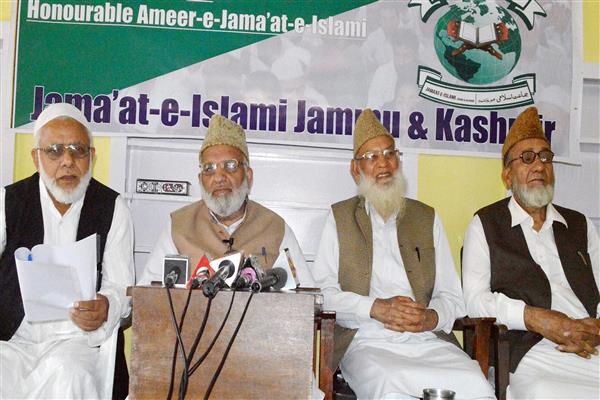 Srinagar, Oct 12:Jamaat Islami has strongly condemn the attack on Kashmir truckers in Udhampur by the “RSS-BJP sponsored” communalist goons who seem to be scot-free to attack Muslims at their will without any apprehension of any strict legal action.

“The Muslims in India have seen broad day-light massacre by such type of communal outlaws but none of the criminals has so far been given any deterrent punishment because of the state-support. Thousands of Muslims were killed on roads and highways by these frenzied elements and encouraged by the state administration and none of these mass-killers have been put to gallows,” JeI said in a statement to KNS.

The statement said that the Jammu province has become a hub of these communally charged elements and the Muslim who live in minority in this province have got terrorized.

“It seems that the RSS and its political wing BJP have devised a plan to terrorize the Muslims in this part of J&K to force their migration. The local politicians at the helm of the affairs shed the crocodile tears but pratically take no effective step to provide a sense of protection to the Muslims living therein and as such have always been deceiving the Muslims of this area,” it said.

Jamaat expresses its deep sympathy and solidarity with victims of the highhandedness of the Hindu communal elements on the highway near Udampur.

Jamaat Islami appeals all sensible people living in both parts of J&K to form a common strategy to fight these communalist fascist forces who being in power are abusing and misusing their short-lived authority to terrorizes the muslim population.

“The attack on the truckers and other Kashmiri people will lead to very dangerous consequences for which these communalist Hindu parties like RSS and BJP and their allies are solely responsible. Jamaat also appeals the religious leaders and civil society intellectuals to come form and make a united forum for defeating the ill-designs of anti-Muslim communal forces.” (KNS)