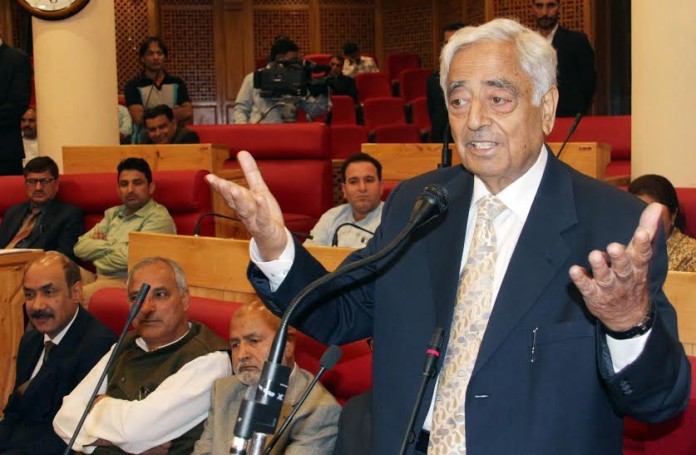 Srinagar:Chief Minister Mufti Mohammad Sayeed urged the Saudi Arabian government to institute a credible and impartial inquiry to ascertain the causes that led to fatal Mina stampede and the crane crash outside the Grand Masjid. He also paid homage to former President, A P J Abdul Kalam, former Parliamentarian and Legislators and ex-Chief Justice of J&K High Court, who died during the recess between the last session of the Legislature and the commencement of the Autumn session.The Chief Minister was speaking during the Obituary References in both Houses of the Legislature today.Given the magnitude of death toll in Mina stampede and crane crash incident, Mufti Sayeed said a credible and transparent inquiry is required to be held to put all blame-games and speculations at rest.“Despite state-of-the-art and modern facilities available in Saudi Arabia, it is unfathomable that such lapses could have occurred. It has become necessary to take all corrective measures so that such incidents do not occur in future,” he stressed.Placing high priority on making fool-proof arrangements to avoid such lapses in future, Chief Minister said the anxiety persists amongst several relatives whose loved ones are still missing even after 10 days of Mina stampede. He said he too was restive as his daughter, Mehbooba Mufti, was also in Saudi Arabia as head of the Indian Goodwill delegation.“I hope in future all necessary arrangements are put in place to ensure safety and security of the Hajjis there,” he stated.

Describing death as predestined and inevitable, Mufti Sayeed expressed solidarity with the bereaved families of those who died in the two tragic incidents. “I pray to Almighty Allah to grant a place in ‘Jannah’ to all those who passed away during the Hajj pilgrimage this year,” he said.Describing A P J Abdul Kalam as “Missile Man of India” and the “People’s President”, the Chief Minister praised his modesty and meticulousness when he was occupying high office.A two-minute silence was also observed as a mark of respect to the departed souls in both the Houses of the Legislature.