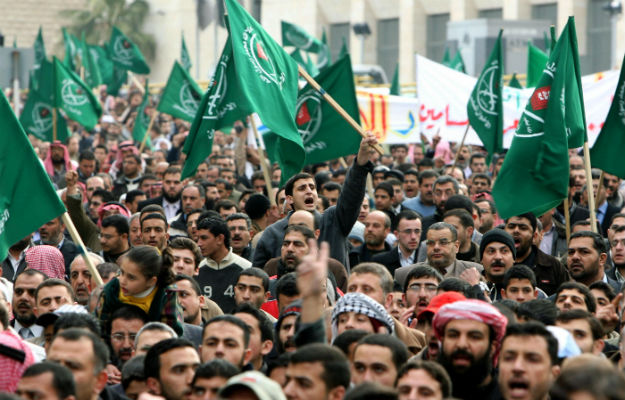 Amman:Police in Jordan have raided and closed the headquarters of a group affiliated with the Egyptian Muslim Brotherhood movement in the capital, Amman, in a move condemned by the group as “illegal.”

On Wednesday, a Jordanian official, who spoke anonymously, said the headquarters of the group was sealed because the group is “illegal and not licensed.” The source said “illegal” internal elections had been held secretly within the group.

The Muslim Brotherhood in Jordan split into two groups in March 2015 when a number of the Jordanian Brotherhood members disavowed themselves from the movement originally based in Egypt.

The splinter group continues to be licensed in Jordan.

The other group, which did not initially split from Egypt’s Brotherhood but did later break ranks with it too, was the one that saw its headquarters closed on Wednesday. It remained unauthorized even after splitting from Egyptian Brotherhood.

The members and supporters of the Muslim Brotherhood in Egypt have been under mounting pressure by the Egyptian government ever since former Egyptian president, Mohammad Morsi, who was affiliated with the movement, was ousted in a military coup led by the then-military chief and current President Abdel Fattah el-Sisi, in July 2013.

The Brotherhood was later blacklisted as a terrorist organization by the Cairo officials in a move seen by observers as an attempt to prevent its affiliates from running in elections.

Another senior Jordanian official, who also spoke on condition of anonymity, said the judiciary had ordered the transfer of property from the illegal Brotherhood to the licensed group.

Jordan has recently tightened its crackdown on the Brotherhood, with a Jordanian court sentencing Zaki Bani Rsheid, the deputy leader of the unauthorized branch, to 18 months in prison due to criticizing the United Arab Emirates for blacklisting of the Muslim Brotherhood as well as more than 80 other groups.