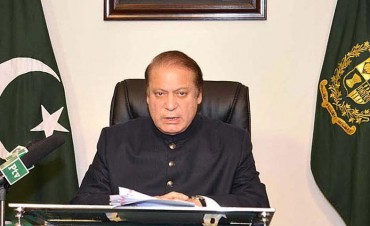 Speaking at the concluding session of the three-day conference of Pakistani envoys in Islamabad, the Prime Minister stated that desire of freedom is running in the blood of Kashmiris.

He urged the envoys to convey a message to the world that Kashmir issue is not the internal matter of India.

The Prime Minister also emphasized the need for addressing challenges facing the country before they complicate further.

He said there are issues on which Pakistan has concerns and it expects other countries to take care of them.

He said other countries might also have legitimate concerns and we will have to understand them.

Earlier today, Advisor on Foreign Affairs Sartaj Aziz said Pakistan is today more connected with the world than before.

Aziz said the objective assessment of three years does not support the view being projected in a section of media that Pakistan is being isolated and its foreign policy lags directions.

We are, in fact, now more integrated than before, he added.

He said Pakistan also has strong ties with European Union and Russian Federation.

Sartaj Aziz said Pakistan has expanded its ties with the Muslim world and it is because of this that despite decline in oil prices last year, Pakistan exported nine hundred and fifty thousand workers.

These include 523 million to Saudi Arabia and 326 million to UAE which is a big addition in a single year to our work force abroad.

He also dwelt at Pakistan’s active role in UN and other regional bodies.

The Envoys’ Conference is a regular feature in which Pakistan’s representatives in various regions brief the government on important developments in their respective areas of accreditation, and challenges and opportunities arising out of such developments.

The envoys also present their recommendations towards existing foreign policy with a view to review, adapt and recalibrate policy in accordance with the prevalent strategic, political and economic trends. Last year’s Envoys’ Conference had focussed on connectivity, and regional issues and developments.