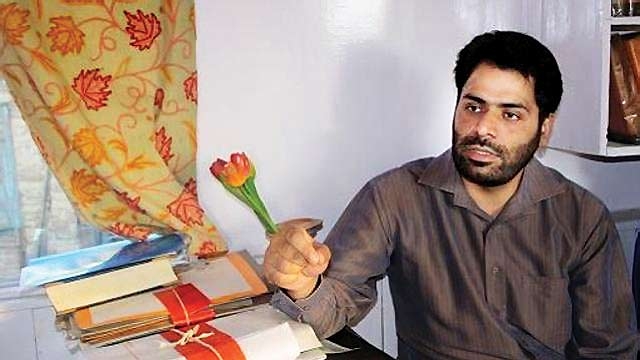 Srinagar:Despite a Srinagar court ordering the release of human rights activist Khurram Parvez on Tuesday, the Jammu-Kashmir government has slapped Public Safety Act (PSA) on him and decided to shift him to Kotbalwal jail in Jammu.

“We were informed by the police that Khurram has been booked under PSA,” a member of Jammu and Kashmir Coalition of Civil Society told Indian Express. Parvez is the program coordinator of the Civil Society.

The PSA, considered ‘draconian’ by activists, gives the government the power to detain anyone who “acts against the maintenance of public order”.

The law allows police to arrest a person for a period of six months without a trial.

In 2015, 133 people were arrested under the provisions of PSA, out of which 53 people are still languishing in different jails in the state.

On Wednesday, Rashid Ali Dhar, the principal district and sessions judge, Srinagar, set aside Parvez’s detention orders and directed police to release him.

However, instead of following the court orders, J-K Police booked him under PSA.

On September 15, the 39-year-old activist was arrested from his home in Srinagar, one day after he was prevented from boarding a plane to the Geneva to attend the ongoing session of the United Nations Human Rights Commission (UNHRC). The J-K Police had put Parvez under preventive detention saying he “may cause a breach of peace”.

During the court proceedings, it was revealed that a number of illegalities were committed in the manner of arrest and detention of the rights activist.

Amnesty International India, which was recently slapped with sedition charges for organizing an event to discuss the plight of the families in Kashmir Valley, condemned Parvez’s arrest.

“Preventing a well-known activist from traveling abroad for human rights advocacy, and then locking him up on spurious grounds, is a shameful attempt to suppress a peaceful dissenting voice from Kashmir,” Aakar Patel, Executive Director of Amnesty India, said in a press release.