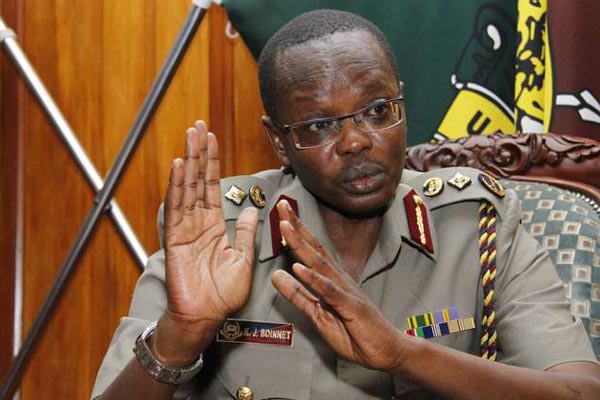 Kenya:Police in Kenya say they have busted a ring of medics who were linked to the Takfiri Daesh terrorist group and who were planning “large-scale” terrorist biological attacks in the country.

The Inspector General of Kenya’s Police Joseph Boinnet announced the development on Tuesday.

“The suspects were planning large-scale attacks akin to the Westgate Mall attack with the intention of killing innocent Kenyans,” he said, referring to a September 2013 attack on the shopping mall in the capital, Nairobi.

The raid turned into a four-day siege and eventually left more than 60 people dead. Somali-based homegrown terrorist group al-Shabab, which is affiliated to al-Qaeda, claimed responsibility for the attack.

Boinnet referred to the ringleader as Mohammed Abdi Ali, a medical intern at the Wote District Hospital in Makueni County in southern Kenya. He was arrested last Friday and has been remanded in custody for 30 days pending completion of the due investigation.

The police chief said Ali’s “network also included medical experts with whom they planned to unleash a biological attack in Kenya using anthrax.” He also said the group was suspected of recruiting university students to join Daesh in Libya and Syria.

Ali’s wife, a medical student in Uganda, has also been arrested, while two of his accomplices, Ahmed Hish and Farah Dagane, medical interns in the western town of Kitale, have gone into hiding, he said.

The police chief said Ali’s arrest and those of his accomplices is “a major breakthrough in the fight against terrorism in Kenya and the region.”

Daesh is mainly active in Iraq and Syria. It has also established a presence in Libya, where it has seized the northern city of Sirte, and is feared to be trying to make inroads into Kenya. At least 20 Kenyan youths have reportedly traveled to Libya to join the Takfiri group.