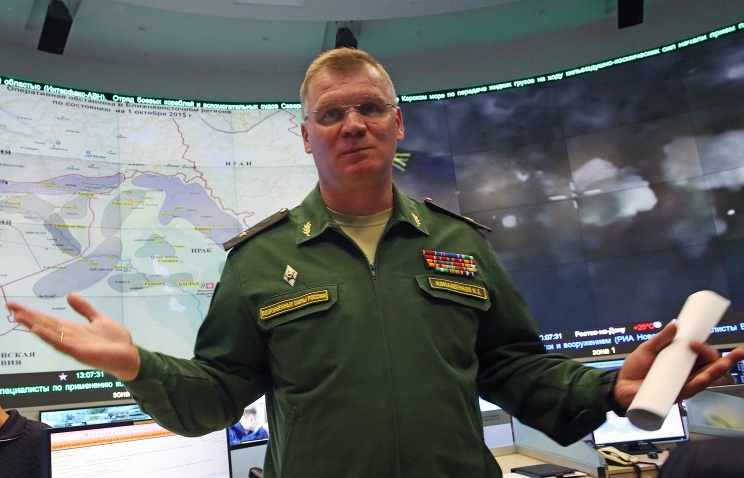 Moscow:Russia says the Damascus government currently controls sizable parts of Syria, with fresh gains made by Syrian forces against the Takfiri Daesh terrorist group over the past few months.

Russia’s Defense Ministry spokesman Igor Konashenkov made the remarks during a briefing on Friday in the recently-liberated Syrian town of al-Qaryatayn in the central province of Homs.

“Over the past six months, the government troops and patriotic forces backed by the Russian air group have liberated about 500 settlements, tens of thousands of square kilometers. A considerable part of the territory is under control of the pro-government forces,” Konashenkov said.

The Russian official highlighted the liberation of Qaryatayn earlier this month and said “the entire territory is controlled by governmental forces.”

The strategic town lies on a key road connecting the ancient city of Palmyra to the Qalamoun region of Damascus. It had fallen to Daesh terrorists last August.

“Local administration is returning to these areas. There are hundreds times more of such territories as compared with October 2015,” Konashenkov added

He also noted that the entire province of Latakia and most of territories in Hama and Homs have been retaken from terrorists.

Some 50 various armed groups have by now signed a US and Russian-brokered truce that took effect on February 27, the Russian official said, noting, “All of this determines peace processes in Syria and, obviously, considerable progress has been reached.”

The truce agreement does not apply to Daesh and al-Qaeda-affiliated al-Nusra Front.

Backed by the Russian air cover, the Syrian army has vowed to press ahead with its counter-terror military operations and drive Daesh elements out of their major strongholds in the war-wracked country.

Meanwhile, the Syrian government is involved in indirect negotiations with opposition groups on a political settlement of the crisis in the Arab state. A new round of discussions is to resume between the two sides later this month.

Syria has been grappling with a deadly conflict it blames on some foreign states for more than five years. The militancy has left over 470,000 people dead so far, according to a February report by the Syrian Center for Policy Research.