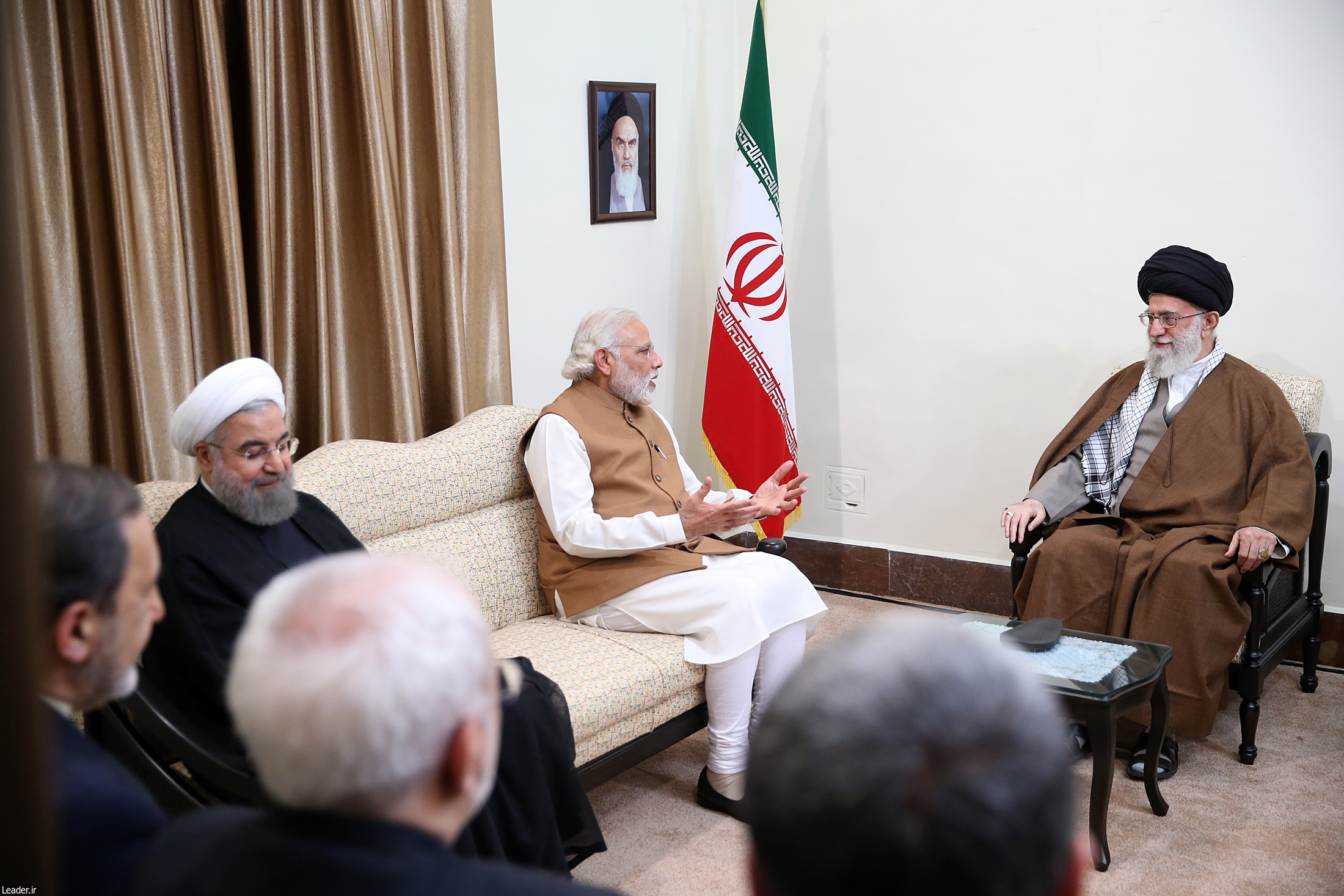 Let Muslims lead fight on terror:Ayatollah Khamenei in a Meeting with Indian PM

Tehran:Leader of the Islamic Revolution Ayatollah Seyyed Ali Khamenei, in a meeting on Monday with Indian Prime Minister Narendra Modi, referred to the very long and historical background of cultural, economic and national communications between Iran and India, saying there are extensive grounds for cooperation between the two countries. Ayatollah Khamenei added:”The Islamic Republic of Iran welcomes expansion of relations with India, which is one of the emerging and progressive economies in the world, and (Iran) is fully serious in implementing bilateral agreements and is not influenced by any policy.”

Referring to India’s promising economic future and Iran’s oil and gas resources, Ayatollah Khamenei said Iran is the richest country in hydrocarbon reserves and added: “As Your Excellency said, in addition to oil and gas, Chabahar [Port] is one important spot connecting East and West, and North and South, that can prepare the ground for deep, long-term and useful cooperation.”

The Leader of the Islamic Revolution highlighted the Indian government’s correct policy of not joining any of West-led and US-led so-called anti-terrorism coalitions, saying: “Genuine and serious fight on terrorism could be another ground for cooperation between Iran and India because certain Western countries are not serious in the fight against terrorism and have been instrumental in the formation of terrorist currents in Afghanistan as well as terrorist groups in Iraq and Syria.”

Ayatollah Khamenei said terrorism has regrettably been attributed to Islam, noting that fighting it must be assigned to Muslims and Islamic countries, adding: “Of course, such a fight must be conducted by those Muslim nations that are not following the US and Western policies because these countries (the latter) have no real and serious intention for the fight against terrorists.”

“The Islamic Republic of Iran is serious in the fight against terrorism and will exhaust all its potentialities for countering it,” said the Leader of the Islamic Revolution.

Ayatollah Khamenei warned that terrorist organizations and groups have been taking advantage of certain problems and weaknesses of Muslim communities in some countries for recruiting forces, noting: “Countries must strip terrorists of such pretexts.”

Ayatollah Khamenei described terrorism as a contagious and dangerous disease and noted: “As with any contagious disease, terrorism can also be countered and curbed.”

In this meeting, which was also attended by Iranian President Hassan Rouhani, the Indian prime minister referred to Ayatollah Khamenei’s visit to India in 1980, saying the visit cleared the way for deeper ties between the two countries. “In the current visit, good agreements have been signed and major decisions have been made which I am sure will produce good results given the two sides’ serious determination,” he said.
Mr. Modi echoed Ayatollah Khamenei’s remarks about the threat of terrorism and the necessity of a serious fight against it, adding: “Unfortunately, certain countries have divided terrorism into ‘good’ and ‘bad’ and when it comes to fighting terror, they only utter mere words.”

Noting that Islam is the religion of love and affection with no connection to terrorism, the Indian prime minister said: “Several years ago, India proposed the holding of an international conference on fighting terrorism with the participation of Muslim countries, but it faced opposition from certain Western countries.