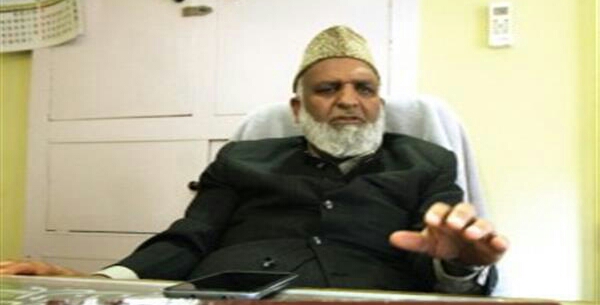 Srinagar:Jama’at-e-Islami Jammu and Kashmir on Tuesday said that some western powers led by the world imperialist so-called super powers have hatched a vicious conspiracy to declare Jerusalem as the capital of Israel and shift the US Embassy to it. This will be a great injustice to the entire Muslim community of more than 15 billion people throughout the globe.
In a statement issued to Wilayat Times Advocate Zahid Ali, Chief Spokesperson, Jama’at-e-Islami Jammu & Kashmir said that the Jerusalem has always been a sacred place of the Muslim Ummah and a part of the Muslim Caliphate. It was forcibly occupied by the European crusaders but Salah-ud-Din Ayubi conquered it back. But under a well-oriented plan of Balfour Agreement, 1917, the Palestine was invaded by the Jews in 1948 with the help of the world powers and Jerusalem was once again occupied by force with the exodus of almost entire Muslim population there from. This holy city of Muslims was divided into East and West parts and the sacred Masjid-e-Aqsa was forcibly occupied by the Jews. The entire Muslim community has been demanding the freedom of Palestine from the illegal occupation of the illegal state of Israel created by the Jews with the help of European and American block, since 1948. But despite the passage of about 70 years, the genuine demand of Muslim Ummah is not accepted and Israeli Jews are still occupying Palestine including Masjid-e-Aqsa without any legal or moral justification. So many resolutions passed in UN Security Council in this regard are yet to be implemented because of the rigid attitude of USA misusing and abusing its Veto power.
Jama’at-e-Islami Jammu and Kashmir strongly condemns the vicious plan of the imperialist powers of America and Jews to make Jerusalem as the capital of illegal state of Israel and asks the international community in particular the Organization of Islamic Countries to frame such a strategy that will frustrate the Israeli plans to justify its illegal occupation of Palestine and turning Jerusalem as the capital of Israel.