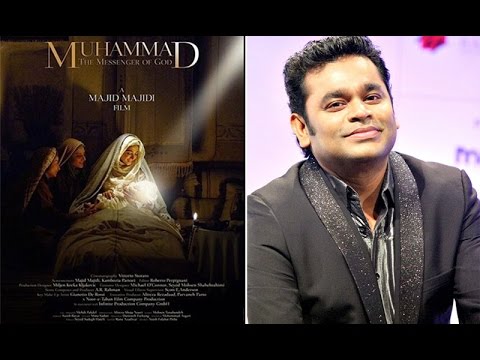 In a message that went up first on his Facebook page Monday evening, A.R. Rahman reacted to the fatwa issued against him by a Mumbai-based group for scoring the music for the Iranian Muhammad: Messenger of God. “My decision to compose the music for this film was made in good faith and with no intention of causing offence.”

In a one-page statement that generously quotes from the Quran, Rahman says, “I didn’t direct or produce the movie “Muhammad: Messenger of God”. I just did the music. My spiritual experiences of working on the film are very personal and I would prefer not to share these.”

Raza Academy, on Friday last week, initiated the fatwa that was issued by Muhammad Akhtar, the Chief Mufti of Mumbai, against the Iranian director of the film, Majid Majidi, Rahman and other co-workers of the film. Saeed Noorie, chief of Raza Academy, said, “They have erred and they must apologise.”

In his message, Rahman seeks to quote Mr. Noorie from an interview to a journal on why he believes it was important to voice a complaint, to his own ends. Mr. Noorie, as Rahman quotes him, makes the argument that as Muslims it was imperative for them to do something about it as it was against their religion, so that later when they face Allah, he does not chide them for doing nothing to stop this from happening.

Rahman explains: “In fact the decision [to compose music for the film] was based on a similar point of view as expressed by Mr. Noorie. What, and if, I had the good fortune of facing Allah, and He were to ask me on Judgement Day: ‘I gave you faith, talent, money, fame and health… why did you not do music for my beloved Muhammad film? A film whose intention is to unite humanity, clear misconceptions and spread my message that life is kindness, about uplifting the poor, and living in the service of humanity and not mercilessly killing innocents in my name.”

He goes on to comment on recent attacks on the Prophet, and offers a path of peace: “Today there is a blur between the real world and the virtual world and I have been taken aback to see that, for some years now, unethical, unacceptable and unkind remarks are made online concerning the Holy Prophet. These abhorrent comments are no doubt due to a lack of understanding. I have always felt that we must counter this reaction with love and kindness, and through the audio-visual media reach out to people who wish to broaden their understanding.”

Rahman bats for religious freedom in India, “We are indeed fortunate and blessed to live in a country like India where religious freedom is practiced and where the aim of all communities is to life in peace and harmony sans confusion and violence.”

While beginning his note with a straight-forward declaration, “I am not a scholar of Islam. I follow the middle path and am part traditional and part rationalist. I live in the Western and Eastern worlds and try to love all people for what they are, without judging them,” Rahman goes on to end on a similar tone, though with an appeal. “Let us set a precedent in clearing conflict with grace and dignity and not trigger violence in words or actions. Let us pray for forgiveness, and from our hearts bless those who suffer in the world and bless the country that we live in. To so pray is to reflect the noble and enlightened nature of our beloved Muhammad.” And he signs off with an Aameen.