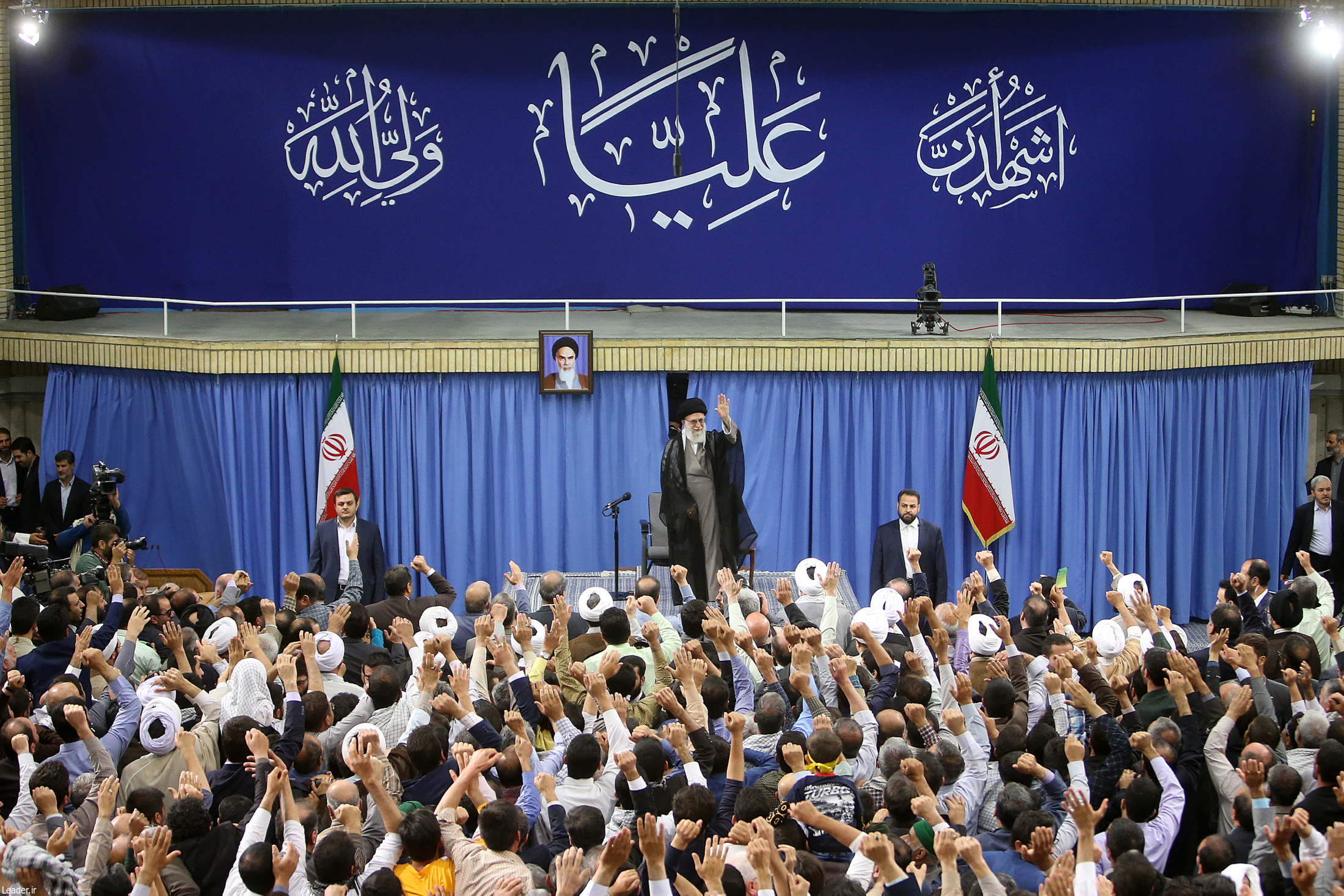 No Shia is allowed to insult Sunnis:Ayatollah Khamenei

Tehran:On the auspicious occasion of Eid Al-Ghadir, when the Imamate and Wilayah are celebrated-the Eid of Allah-u-Akbar,thousands of people from various spheres of life, gathered at the Hussayniyeh of Imam Khomeini (ra) to meet with the Leader of the Islamic Revolution Ayatollah Khamenei, Tuesday morning, September 20, 2016.

Ayatollah Khamenei congratulated the public on the promising day of Eid al-Ghadir, describing the blessed celebration by using the phrase, “the great divine Eid”. He stated:
“The reason such a phrase applies is due to a very important development, realized through the Ghadir event, which is establishing a regulated and organized manner of governing within Islam. This regulation is the Imamate and Wilayah (guardianship) in an Islamic society; it has been announced upon the divine order and through the Prophet of Islam (God’s greeting be upon him and his progeny).”
His Eminence sealed this portion of his speech by stating: “The event of Ghadir is the origin of government regulation within an Islamic society; it reveals that Islam rejects certain forms of governing–from monarchies, to royal, greedy and lavish, as well as arrogant aristocracies acting upon lust, but the Wilayah and Imamate order.”
Ayatollah Khamenei elaborated on the significance of Ghadir, bringing to mind God’s command to the holy Prophet (pbuh), which holds that complete communication of his prophecy was entwined with communication of the Imamate. He declared the following: “This Islamic belief is based on resolute foundations and irrevocable arguments; however, adherence and expression of this belief must not be coupled with the incitement of our Sunni brothers’ feelings; this goes against the mannerisms of the infallible Imams (as).”
The Leader of the Islamic Revolution, recurrently, put emphasis on the significance of establishing unity among Muslims: making it clear, that any form of insult, projected towards Sunni scholars, would prevent the rational and documented foundations of belief in the Imamate from being heard.
Additionally, stating that, ” Do not incite emotions of the Sunni community. Some people feel, in order to prove themselves as Shia, they need to insult Sunni figures. This goes against the mannerisms of the infallible imams. The fact, that there are TV stations launched to insult (Sunni figures) well, makes it crystal clear that they are funded by the British Treasury; this is British Shiasm. This game, of insults, will have a contrary function. When you insult others, the words of truth won’t be heard,” and that “Inciting emotions among other branches of Islam, in the name of Shiasm, is actually the approach of ‘British Shi’ism’–whose outcome would be the emergence of vicious groups and mercenaries from the U.S., and the U.K’s intelligence services, such as ISIS, Al-Nusra Front, and terrorist groups who have committed multiple crimes and destruction in the region.”

Ayatollah Khamenei described the virtuous, spiritual, as well as humane features of Imam Ali (as) such as: deep faith, precedence for Islam, devotion and sacrifice for the sake of Islam; sincerity, wisdom and knowledge of God; chivalry, compassion, self-sacrifice and forgiveness. The leader added: “From among other features of Hazrat Ali (as), we can refer to his method of governance, which included: justice and fairness; considering all types of people as equal; avoiding the adornments of the world; prudence, promptness in acting upon his duty; indication, leading the society to piety; and daring to act upon truth and justice.”

The Supreme Leader also advised all Shias to be an adornment for the Progeny of the Prophet (pbut) by following their example, upholding that: “One who gives in to bribery, or seeks from public funds beyond what he deserves, or turns a blind eye to evil, and takes no responsibility for guiding the society, is no adornment for the Islamic establishment and society.
Enemy’s main target
The Leader further noted that the enemy’s main target was Iran’s economy, saying, “The enemy seeks to make the people’s economic conditions unfavorable and thus create discontent [among them] with Islam and the Islamic establishment.”

“Under such circumstances,” the Leader said, “the duty of the administration, the parliament, and officials from various sectors, as well as different groups of people is to plan and act against the enemy’s objective.”

Ayatollah Khamenei hailed the efforts made by the country’s youths toward the revitalization of Islam and the fulfillment of religious obligations, and said, “By God’s grace, these youths will bring every enemy, including the United States and the Zionist regime (Israel), to their knees.”

The Leader said there were countless young people who enjoyed great motivation and were ready to defend the country, stating, “This is the very motivation that will salvage the country and should be strengthened.”