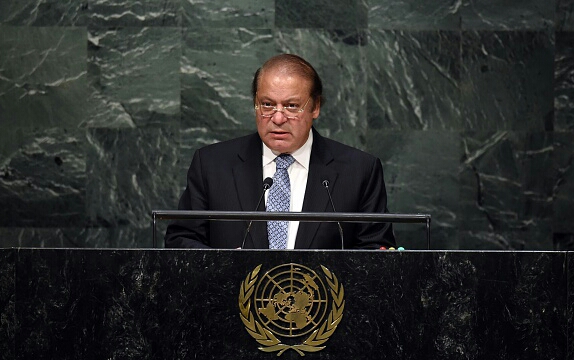 The ruling comes after a probe into his family’s wealth following the 2015 Panama Papers dump linking Mr Sharif’s children to offshore companies.

It comes amid heightened security in the capital, Islamabad.

Mr Sharif has consistently denied any wrongdoing in the case.

The verdict was handed down unanimously by a five-member bench in the court, which was filled to capacity.

One of the judges at the Supreme Court on Friday, Ejaz Afzal Khan, said that Mr Sharif was no longer “eligible to be an honest member of the parliament”, Reuters news agency reports.

This breaking news story is being updated and more details will be published shortly. Please refresh the page for the fullest version.