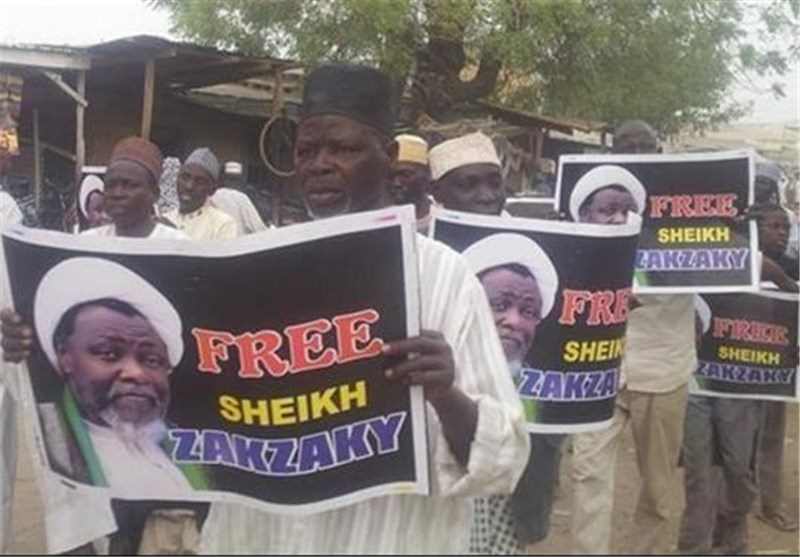 Abuja:Lawyers who have gained access to detained leader of Nigeria’s Islamic Movement (IMN) have called on Nigerian government to release him unconditionally and without delay.

Lawyers who have gained access to detained leader of Nigeria’s Islamic Movement (IMN) have called on Nigerian government to release him unconditionally and without delay.

Femi Falana was among a group of activist lawyers recently allowed to see Sheikh Ibraheem Zakzaky who has been held incommunicado without charge since December 14 2014 when soldiers attacked his residence shooting the cleric and his wife Zeenat. Three of Sheikh Zakzaky’s children were killed in front of him when troops set fire to his residence in Zaria and invaded his family home.

According to Falana, both the Sheikh and his wife have undergone several operations to address injuries caused by bullet wounds. Sheikh Zakzaky is also battling to save his right eye, having lost sight in the left one as a result of the attack. Thousands of soldiers unleashed a three-day orgy of violence on members of the IMN on December 12 last year in what was widely seen as a bid to curb the movement’s growing popularity. At least 1000 civilians were killed in the attacks which the army falsely accused the IMN of starting by trying to assassinate the Chief of Army Staff, General Tukur Buratai.

Neither Zakzaky nor Hajia Zeenat were anywhere near the alleged incident involving the general and neither have been charged with any crimes. Yet both were subject to savage attacks and have been held without charge and without access to proper medical attention for over three months. Moreover, to add insult to injury, IMN members who survived the brutal army onslaught have been charged with offences including culpable homicide by the state government.

IHRC joins Falana in calling for the sheikh’s immediate and unconditional release. The persecution of Zakzaky and the IMN is an affront to all civilized and democratic values, including the rule of law that Nigeria claims to uphold.

IHRC chair Massoud Shadjareh said “the government of President Buhari has repeatedly stressed the necessity for all Nigerians to abide by the law and the constitution. If that desire is not to remain a hollow slogan he must put it into practice by immediately releasing Sheikh Zakzaky, his wife and all other detainees and bringing to justice all those responsible for the unprovoked attacks on the IMN.”