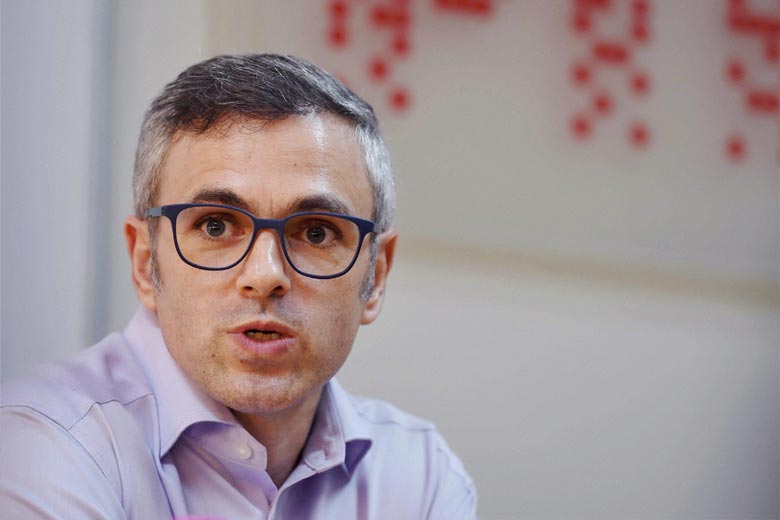 Respect the institution of an MLA: Omar Abdullah to Govt

Beerwah: National Conference Working President and MLA Beerwah, Omar Abdullah on Tuesday asked PDP BJP government to respect the institution of an MLA and help facilitate the development works in their respective areas.

In a day long interaction with district administrative officers, Omar Abdullah highlighted the various issues confronting the area and gave a patient hearing to the grievances of the locals who were also present in the meeting. He was accompanied by senior NC leader and Chief Spokesperson JKNC Aga Syed Ruhullah Mehdi, MLC Aga Syed Mehmood, and Political Secretary to Working President Tanvir Sadiq. He held detailed meeting with DC Budgam and apprised him about issues concerning Beerwah and other areas of the district. The meeting was attended by officers from different departments as well.

Directing the administration to resolve public issues in a time-bound and effective manner, Omar said, “None should be allowed to act as an impediment to the development works. It is very unfortunate that some people in the administration want to keep the ruling party happy by accommodating those who have no say in the constituency. MLA is the chief minister of his constituency and therefore its incumbent upon all the administrative officers to respect this set protocol,” adding, “The power to elect or reject anyone lies with the people. Its they who have decided how and who should represent them in front of the government. Since the people have reposed faith on an elected representative, it therefore is incumbent upon the government and its machinery to listen and give due respect to the an elected MLA. The essence of a thriving democracy lies in the harmonious synergy between an MLA and the administrative officers. I expect the government and those who wield it in the district to respect it.”

He asked the officers to restore and construct already taken up roads in Beerwah Constituency. The NC Working President asked the R&B Department officials to expedite the work on Beerwah, Magam, Budgam roads without any delay and also said the State Government should understand the grave condition of roads across the Valley and take immediate steps to restore them.
In the meeting it was impressed upon concerned medical officers to ensure round the clock services at DH Budgam, Sub-District Hospital Beerwah and that it functions smoothly without any issues.

The MLA Beerwah also asked the officials of Irrigation to ensure that irrigation canals and link-canals are working effectively so that farmers and cultivators get adequate irrigation water and don’t suffer on this account.