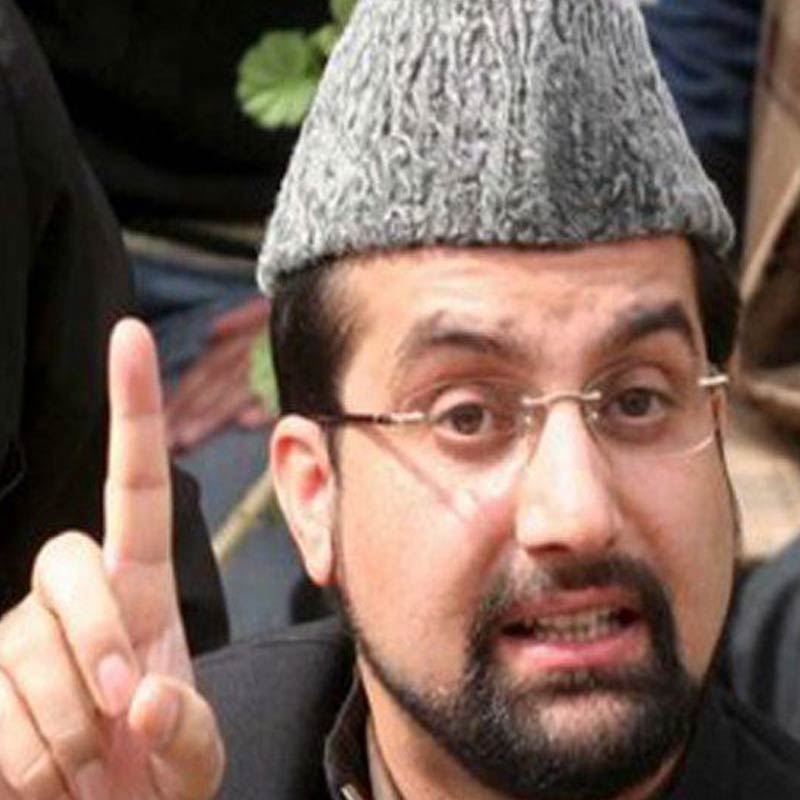 Srinagar:Appealing Muslims throughout the world in general and those in Kashmir in particular not to fall prey to the designs of anti-Islamic forces who were trying to create sectarian strife and discord among the Muslims, Muttahida Majlis-e-Ulema chief and All Parties Hurriyat Conference (APHC) Chairman, Mirwaiz Dr. Moulvi Muhammad Umar Farooq Monday called for unity and brotherhood among Muslims for defeating divisive forces.

Urging people to be cautious of the elements trying to stoke sectarian passions and discord, the Mirwaiz said at a time when large scale bloodshed is going on in parts of the Islamic World in which unarmed civilians were being slain, the important Muslim countries including Saudi Arabia and Iran need to play leadership role and take appropriate steps incorporation with other Islamic countries to end bloodshed and create stability in the Muslim world.

Stressing that the Islamic world was confronted with innumerable problems and issues, the APHC Chairman said it was unfortunate that the anti-Islamic forces were connecting mindless terrorism and senseless extremism to the great religion of Islam, which is proponent of peace and brotherhood.

Calling upon the Islamic countries to pay attention towards these issues, he said these countries should not get involved in sectarian tensions and discord and instead follow the teachings of Prophet Muhammad (SAWW), and respect humanity and human values.

Mirwaiz  further said, that in spite of possessing abundant natural resources and having advantageous geo strategical locations, the Islamic World does not possess the prestige and leadership role, it otherwise should have, in the changing international situation.

Meanwhile, condemning the excessive use of force by the police and forces on the unarmed civilians and peaceful protestors, who were staging protest demonstrations in different parts of Srinagar city over execution of Sheikh Nimr, the APHC Chairman said use of teargas shelling, cane charge and excessive spraying of pepper gas was the worst example of state-sponsored terrorism.