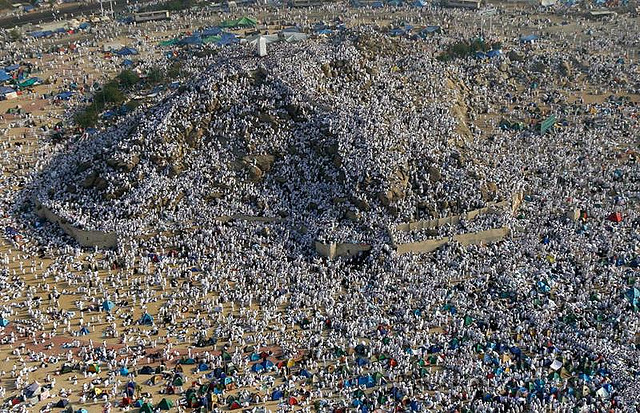 Riydh:Saudi Arabia has officially invited an Iranian delegation to discuss new arrangements for this year’s Hajj pilgrimage, says the head of Iran’s Hajj and Pilgrimage Organization.

On Wednesday, Saeed Ohadi said if the Iranian delegates’ visas are issued, they will travel to Riyadh for the April 14 meeting.

He noted that similar to former procedures, a letter of agreement will be signed over sending Iranian pilgrims to Mecca if the two sides agree on its terms.

“In previous years, we held a meeting with the Saudi Hajj minister in mid-January, but this year’s meeting has already been delayed for three months,” he said, adding that Saudi Arabia had promised to issue the Iranian delegates’ visas on Wednesday.

We hope Saudi authorities end their “paradoxical” stance on accepting Iranian pilgrims in a timely manner, he added.

Ohadi stressed that issues such as Saudi Arabia’s plans for insuring the security of this year’s pilgrims and compensation for the relatives of the Iranians killed in last year’s tragedy will be high on the agenda during the meeting.

On September 24 last year, thousands of people lost their lives in a deadly crush after Saudi authorities blocked a road in Mina during a ritual, forcing large crowds of pilgrims to collide.

The crush was the deadliest incident in the history of the pilgrimage. According to an Associated Press count based on official statements from the 36 countries that lost citizens in the disaster, more than 2,400 pilgrims were killed in the incident.

Saudi Arabia claims nearly 770 people were killed in the incident, but officials at Iran’s Hajj and Pilgrimage Organization say about 4,700 people, including over 460 Iranian pilgrims, lost their lives.