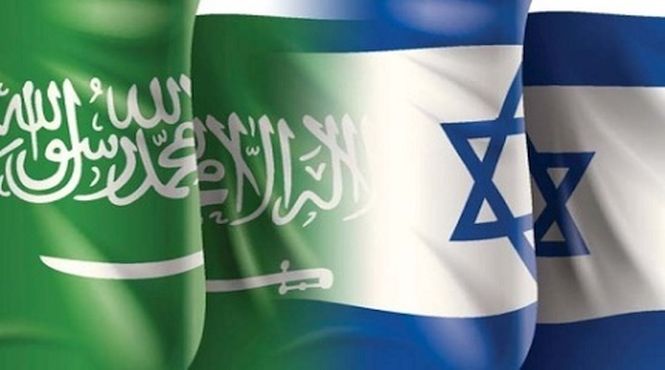 Riyadh:A well-connected former general in the Saudi military has said the kingdom would open an embassy in Tel Aviv if Israel accepted a Saudi initiative to end the Middle East conflict.

Anwar Eshki was asked during an Al Jazeera interview how long it would be before Riyadh would open an embassy in Israel.

“If he announces that he accepts the initiative and gives all rights to Palestinians, Saudi Arabia will start to make an embassy in Tel Aviv,” Eshki said.

Eshki met publicly in June with Dore Gold just before the latter was appointed director-general of the Israeli foreign ministry. Gold said then Israel had contacts with “almost every Arab state.”

In the interview, Eshki said the Saudis are not interested in “Israel becoming isolated in the region.”

Saudi Arabia first proposed the peace initiative in 2002, offering Arab recognition of Israel in exchange for Israel’s withdrawal from the West Bank and Gaza Strip.

Eshki also deflected the question that the Saudi government was willing to take military action in Yemen but never physically protect Palestinians in Gaza “when they are being bombed.”

Yemen has been under airstrikes by Saudi Arabia since March 26 last year in a bid to bring former president Abd Rabbuh Mansur Hadi back to power.

Some 8,280 people, among them 2,236 children, have reportedly been killed and over 16,000 others injured. The strikes have also taken a heavy toll on the impoverished country’s infrastructure.

Eshki, 73, is the chairman of the Jeddah-based Middle East Center for Strategic and Legal Studies and a former consultant of the Saudi prince and ambassador in the US, Bandar bin Sultan.

On Sunday, the Jerusalem Post wrote that “rather than being isolated, Israel is being incorporated into the Saudi-led orbit.”

“Part of this includes the opening of a mission in Abu Dhabi and increasing contacts in the [Persian] Gulf States,” it said.

“The Saudi-led initiative has its pedigree. During the second Intifada Saudi Arabia led a peace plan to grant Israel recognition in the region if Israel withdrew from the West Bank and Gaza,” the paper went on to say.

According to the Jerusalem Post, Saudi Arabia and its allies want Israel to help them confront Iran.