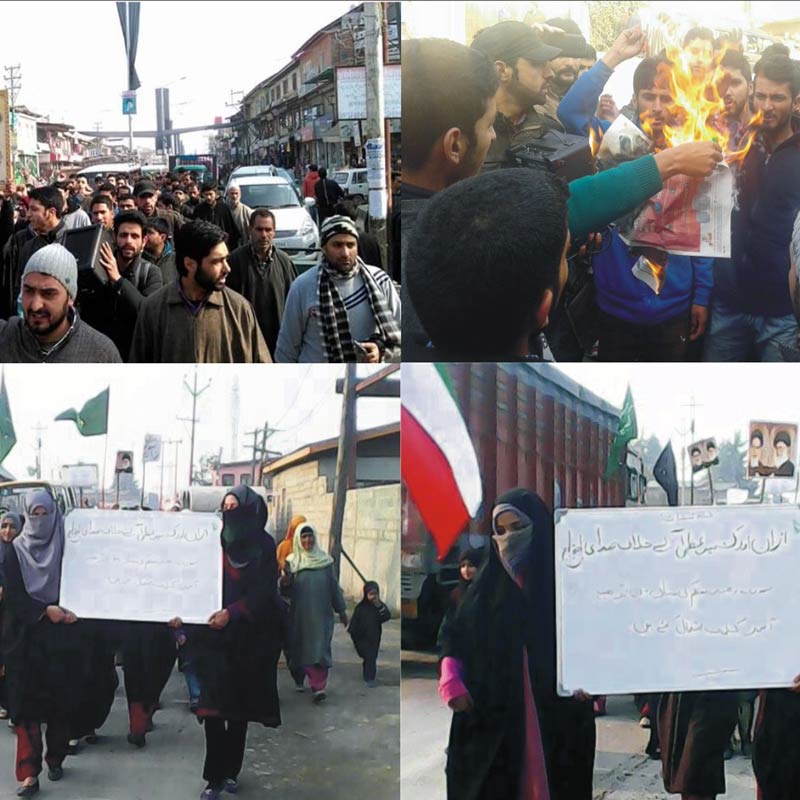 Lucknow: Tension in Saharanpur and Deoband areas was eased after Lucknow police arrested Hindu Mahasabha Chief Kamlesh Tiwari late on Wednesday night.
According to a report published in Economics Times, the Hindu Mahasabha Chief allegedly circulated pamphlets containing derogatory remarks against Prophet Muhammad (PBUH) and Muslims.Students of Islamic seminary Darul Uloom Deoband and other members of Muslim community had taken to streets to protest and demanded action againstTewari.
Meanwhile Patron of Tehreek Sout-ul-Awliya Jammu and Kashmir Moulana Abdul Rasheed Dawoodi strongly condemned the outrageous act and call for complete shutdown on 7th December in Kashmir.
While Mahasabha members released a public statement that Tiwari is not a working president of their organization and that the Mahasabha’s name is being misused and all of this a fabrication done by BJP, RSS said Ashok Sharma, national vice-president.