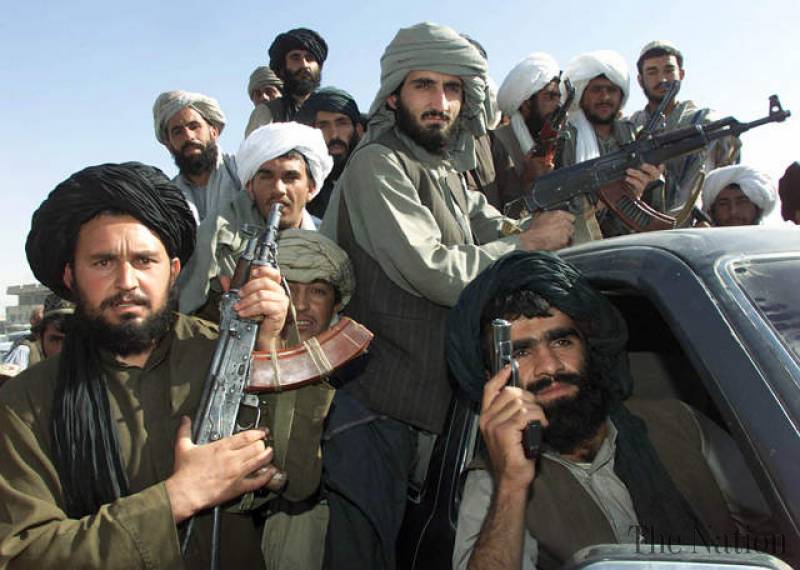 Islamabad:The government and the security establishment came under fire in a Senate body meeting when a lawmaker said that some splinter groups of the banned Tehreek-e-Taliban Pakistan (TTP) have been “allowed” to open offices in some parts of Khyber-Pakhtunkhwa.

Report of “The Nation” says that At a huddle of the Senate Standing Committee on Interior, lawmakers also came down hard on the security establishment for, what they called, glorifying surrendered TTP spokesperson Ehsanullah Ehsan on TV channels. A demand for Ehsan’s trial in several terrorism cases was also raised.

The critical remarks came while Additional Secretary of the Ministry of Defence Rear Admiral (r) Faisal Lodhi was briefing the committee on the revelations made by Ehsan after his surrender and the government’s future policy to treat such terrorists.

Fata Senator Saleh Shah told the committee the government was facilitating some TTP groups and they had opened their offices in Tank, Dera Ismail Khan and Bannu.

He mentioned that groups of TTP led by Hakimullah Mehsud and Mullah Fazaullah had been using “cards of foreign countries while Sajna Group using local cards or resources”.

“Some of the surrendered groups, with the facilitation of government, have established their offices and they were providing justice to the locals through their own judicial system,” he said.

The government had given incentives to these groups who were “using foreign cards”, he said while criticising the “government’s unannounced policy of reintegration of militants”. He sought explanation on the government’s policy about the ‘glorification’ of former TTP spokesperson. “This was not a right step, ” he said. The additional secretary told the committee that Ehsan was allegedly involved in a number of onslaughts, including Bacha Khan Airport attack, terror hit on tourists in Gilgit-Baltistan, Wagah border bombing, Mohmand Agency attack and the killing of former Punjab home minister Shuja Khanzada.

Describing the reasons for Ehsan’s surrender, he said, this was because a large number of youth of his age group, who were involved in such activities, were doubtful about their future because of the rifts within Taliban.

“Ehsan had made an attempt to secure his future,” he said.

“His revelations have proved the point that militant organisation Jamaatul Ahrar (JuA), a splinter group of TTP, had a direct link to RAW and the Afghan government. Ehsan does not look much important but he remained an insider of the TTP and much more information could be extracted from him,” he said.

“The rule of law and the due process of law would be followed in this case and this case would not be disposed of instantly,” he said, adding that there was no good or bad Taliban and this was the stated policy of the government when MQM Senator Barrister Muhammad Ali Saif said that there were useful and non-useful Taliban. Responding to a question, he said that Ehsan was in the custody of an intelligence agency.

The ministry of defence officer said that the security agencies got their operational level objectives with the airing of confessional statement of Eshan on TV channels and there was no intention of his glorification at all.

The remarks of additional secretary opened a plethora of questions from the lawmakers as MQM legislator Tahir Mashhadi said former TTP spokesperson should be tried under relevant laws if due process of law would have to be followed.

“Then stop presenting him as a hero on TV channels,” he said. “We should treat the terrorists the way they maltreated us,” he added.

Barrister Saif refused to endorse the revelation of Ehsan that JuA had links with RAW and Afghan intelligence agency NDS. “After the death of TTP chief Hakimullah Mehsud, there was split in TTP and reason behind the creation of JuA was differences between Mullah Fazaullah and Omer Khalid Khorasani.,” he said. Rejecting the statement of Lodhi that much information could be extracted from Ehsan, Saif said that how was it possible that Ehsan was presented on TV before debriefing him. He condemned the policy of presenting terrorist on TV channels, saying this would create hurdles during prosecution and the same was the case with Indian spy Kulbhushan Jadhav.

Committee Chairman Rehman Malik said that former TTP spokesperson openly accepted militant organisation Daesh or Islamic State. “If the government wants to make him approver, then proper procedure be adopted. The government should not bring him to TV,” he said while condemning this act and protested over this action on behalf of the committee. The chairman also raised some questions the way the government contested the case of Jadhav in the International Court of Justice (ICJ) and asked why the attorney general did not represent the case and the ad hoc judge was not appointed.

The committee also directed the Ministry of Interior to form a task force to launch a probe into reports of smuggling of narcotics through PIA planes. An officer of the Narcotics Division informed the committee that the UK’s National Crime Agency had not given information about the incident to it in black and white.

The committee also observed that the deduction of one percent amount from all projects of the Ministry of Interior, out of its allocated budget, for CPEC project was unfair and the government should make a separate allocation. The chair remarked that the committee would move a privilege motion against the interior minister and the state minister of interior in case they did not attend the meeting next time after PPP Senator Mukhtiar Ahmed Damrah walked out over their absence.