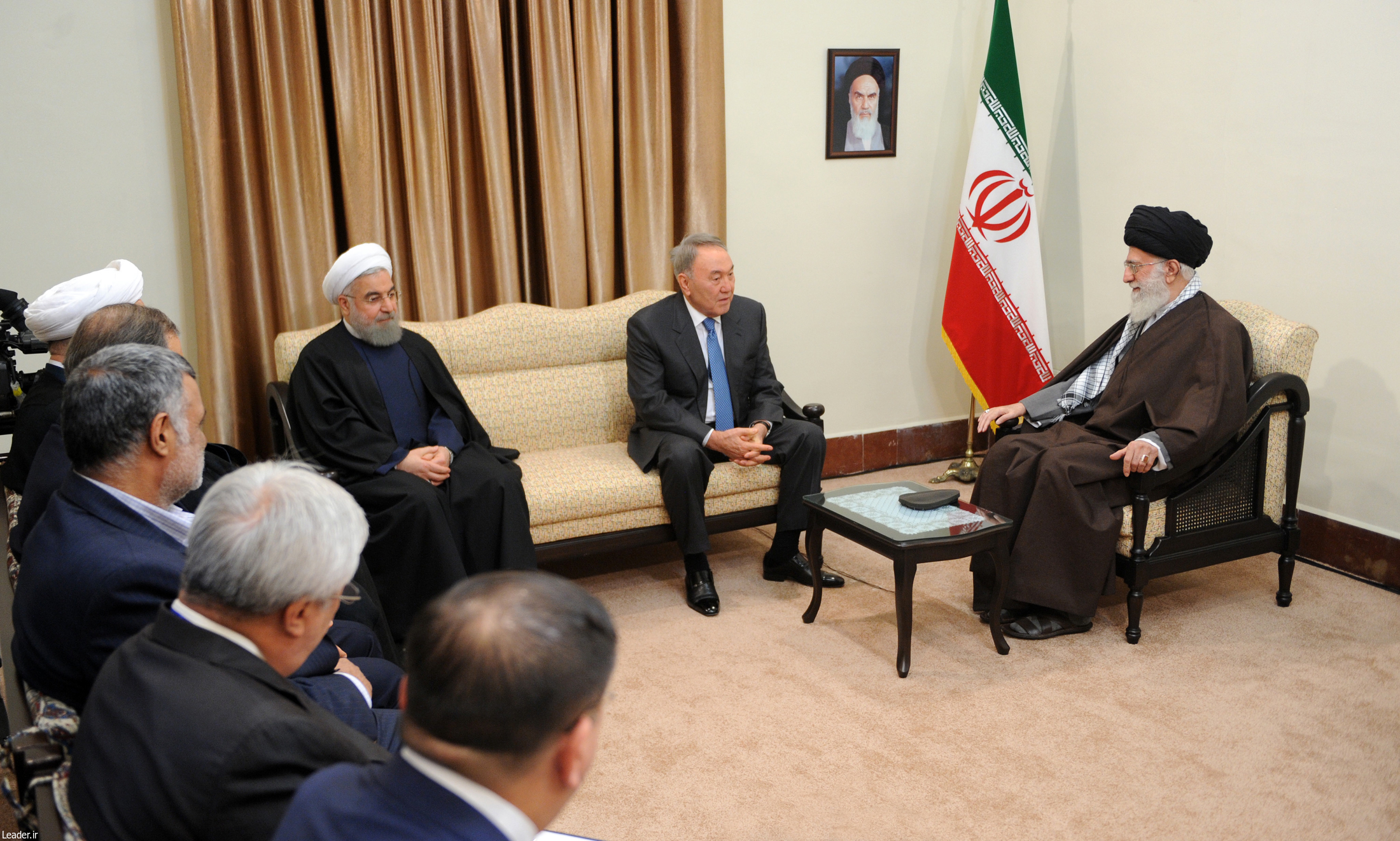 US neither sincere nor serious in fight against terrorism:Leader

Tehran:Leader of the Islamic Revolution Ayatollah Seyyed Ali Khamenei says certain powers, the US in particular, are neither sincere nor serious in the campaign against terrorism.

In a Monday meeting with Kazakh President Nursultan Nazarbayev in Tehran, the Leader stressed the importance of enhancing cooperation between Tehran and Astana in different political, economic and international fields as well as in the fight against terrorism.

“Certain powers, particularly the US, are not sincere and serious in [their] alleged campaign against terrorism, but Muslim countries can distance the Muslim world from such threat through honest cooperation,” Ayatollah Khamenei stated.

The Leader referred to Washington’s aid to Daesh terrorist militants operating in Iraq as an example of dishonest behaviors by various self-declared anti-terror coalitions, saying: “In a bid to justify their double-standards, they classify terrorism into good and bad [categories].”

“These realities prove the lack of seriousness on the part of the West, particularly the Americans, in the fight against terrorism,” added the Leader.

Ayatollah Khamenei said Muslim nations are facing the threat of terrorist groups “acting in the name of Islam but in fact [acting] against Islam and Muslims.”

“On the other hand, certain Western powers are not willing to see Muslim countries united and stand by each other,” the Leader added.

Ayatollah Khamenei said tackling the threat of terrorism and the double-dealings of world powers requires enhanced cooperation among Muslim countries within the framework of wise and logical policies.

“We have a brotherly feeling toward Muslim countries and Iran and Kazakhstan share views on many global issues,” the Leader said.

Ayatollah Khamenei also said the Islamic Republic welcomes the bolstering of cooperation with Kazakhstan in different political and economic sectors and particularly in defining the legal status of the Caspian Sea.

For his part, Nazarbayev described terrorism as a serious threat, saying the campaigns by Western states  against legitimate regional governments are to blame for the scourge of terrorism and the unbridled flow of refugees to Europe.

The Kazakh president also echoed Ayatollah Khamenei’s call for unity in the Muslim world, saying Islam is the religion of progress, unity and fight on terrorism.

Following an earlier meeting with the Kazakh president, President Hassan Rouhani said the Islamic Republic and Kazakhstan hold common positions on regional developments, adding that extremism, sectarian division and terrorism are the major threats to the Muslim world.

Heading a high-ranking politico-economic delegation, Nazarbayev arrived in Tehran to discuss ways to improve mutual relations and the latest regional and international developments.

The Kazakh president’s two-day visit to Tehran comes at the invitation of his Iranian counterpart and in response to an earlier trip by Rouhani to Astana on September 8-9, 2014. The two presidents inked a number of agreements to boost cooperation in various fields, particularly in the economic sphere.