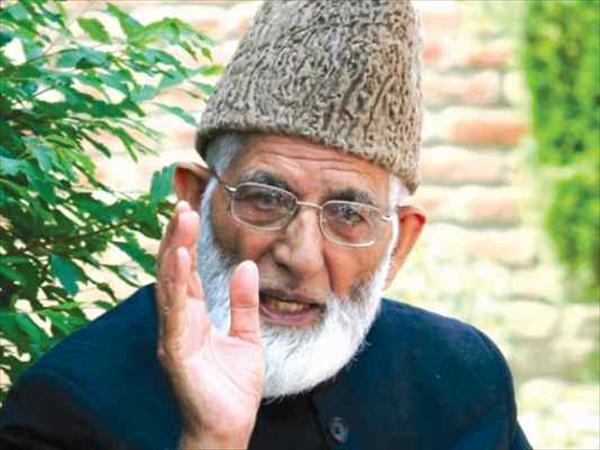 Srinagar:Commenting over execution of top Shia cleric Sheikh Bakir Al-Nimr in Saudi Arabia and situation thereafter,Chairman All Parties Hurriyat Conference Syed Ali Geelani said that it is very sorrowful that the whole Muslim Ummah is divided and engaged within and the imperialistic powers and Zionist lobbies are not only taking advantage of this situations but they are making every attempt to inflame this fire so that the Muslims get eliminated within.

While strongly condemning the imposition of curfew and restrictions in different areas in the state by the government, Syed Geelani appealed the entire Muslim Ummah particularly the Muslims of Jammu & Kashmir to protect and maintain the brotherhood and unity on every cost and do not indulge in any such activities which will serve the purpose of the enemies.

In a statement to Wilayat Times, Chairman said that the present situation in Saudi Arabia, Iran, Iraq, Syria and Yemen where the people of same religion, same faith, same community, followers of an only creator are fighting and killing one another, is the heartbreaking for every conscience Muslim and these situations give us sleepless nights. The entire Ummah has caught up in such a dark tunnel where no evidence of any light is seen.

The Islamic leader of Kashmir said that it is not now hidden from anybody that all this situation is the creation of anti-Islam imperialistic powers and Israel and they are making the Muslims to fight with each other in a planned manner.

Syed Ali Geelani expressed his sorrow that the rulers and Ulema (Clerics) class of our Ummah (Community) who could have played an important role in changing this situation are either working for the enemies for their personal benefits or are silent due to the fear.

He said that until the Muslims rise above the differences of Shia and Sunni and unite on the Holy Quran and the teachings of the holy Prophet (PBUH), they will continue to play in the hands of the enemies and they will never come out of the present worst situations.