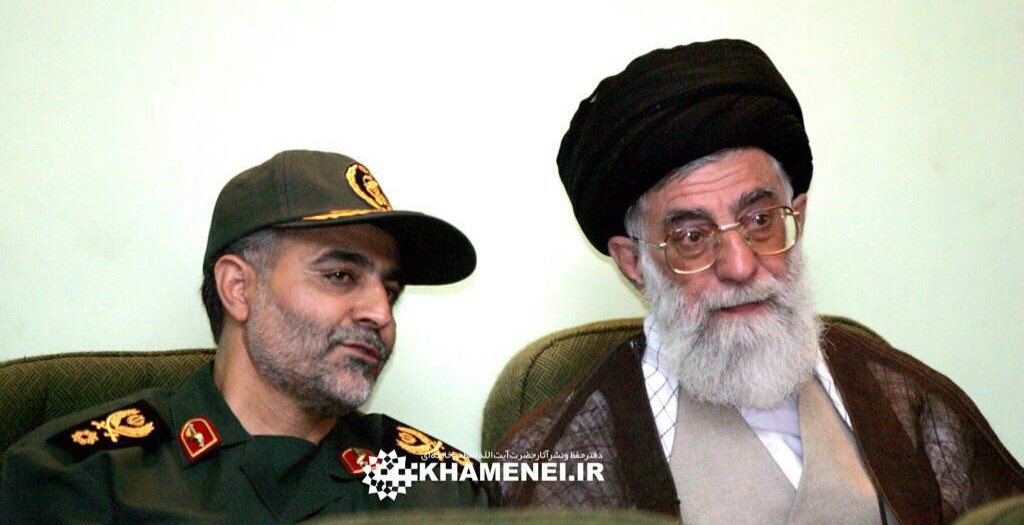 We thank Almighty for this blessed victory against US backed ISIS:Imam responds Qasem Soleimani Letter

Tehran:The Leader of the Revolution penned a message in response to Major General Qasem Soleimani‘s letter on the termination of ISIS. The following is the full text of the message:

In the name of God, the most Beneficent, the most Merciful:

I thank the Almighty God, from the depths of my heart, for having blessed you and your colleagues’ selfless endeavors against the vicious entity of ISIS, which was established by a tyrannical power of the world, and it was eradicated in Syria and Iraq by your hands: the pious servants of God.

This was not only a blow to that cruel and notorious group, ISIS. It was a blow to the unscrupulous politicians that pursued igniting civil wars in the region, destroying anti-zionist resistance, and weakening independent states through ill-fated leaders of this deceitful group. It was a blow to the current and former United States government and their dependent regimes in the region, who created this group, and sought, in every way, to expand their abominable hegemony in the Western Asian region to strengthen the occupying Zionist regime’s grip on it.

By destroying this cancerous tumor, you rendered a great favor, not just to the countries in the region and the world of Islam, but to all nations and all of humanity.

This was a divine reward, a true example of the ayat “You didn’t shoot the arrow, but Allah did” (Qur’an), given to you and your soldiers for your continuous efforts for God.

I sincerely congratulate you, nevertheless, I insist on not neglecting the enemy’s mischief.

Those who plotted and funded this sinister conspiracy will not sit still; and, they will try to revive it in another part of the region or in some other way.

Maintaining motivation, staying alert, preserving unity, removing any dangerous elements, and maintaining cultural insightful work, in sum, all-encompassing preparations must not be forgotten. I pray to God that He protect you and all the mujahid brothers from Iraq, Syria, and other countries: I express my utmost gratitude and best regards to all of you.

Peace and God’s blessing be upon you,