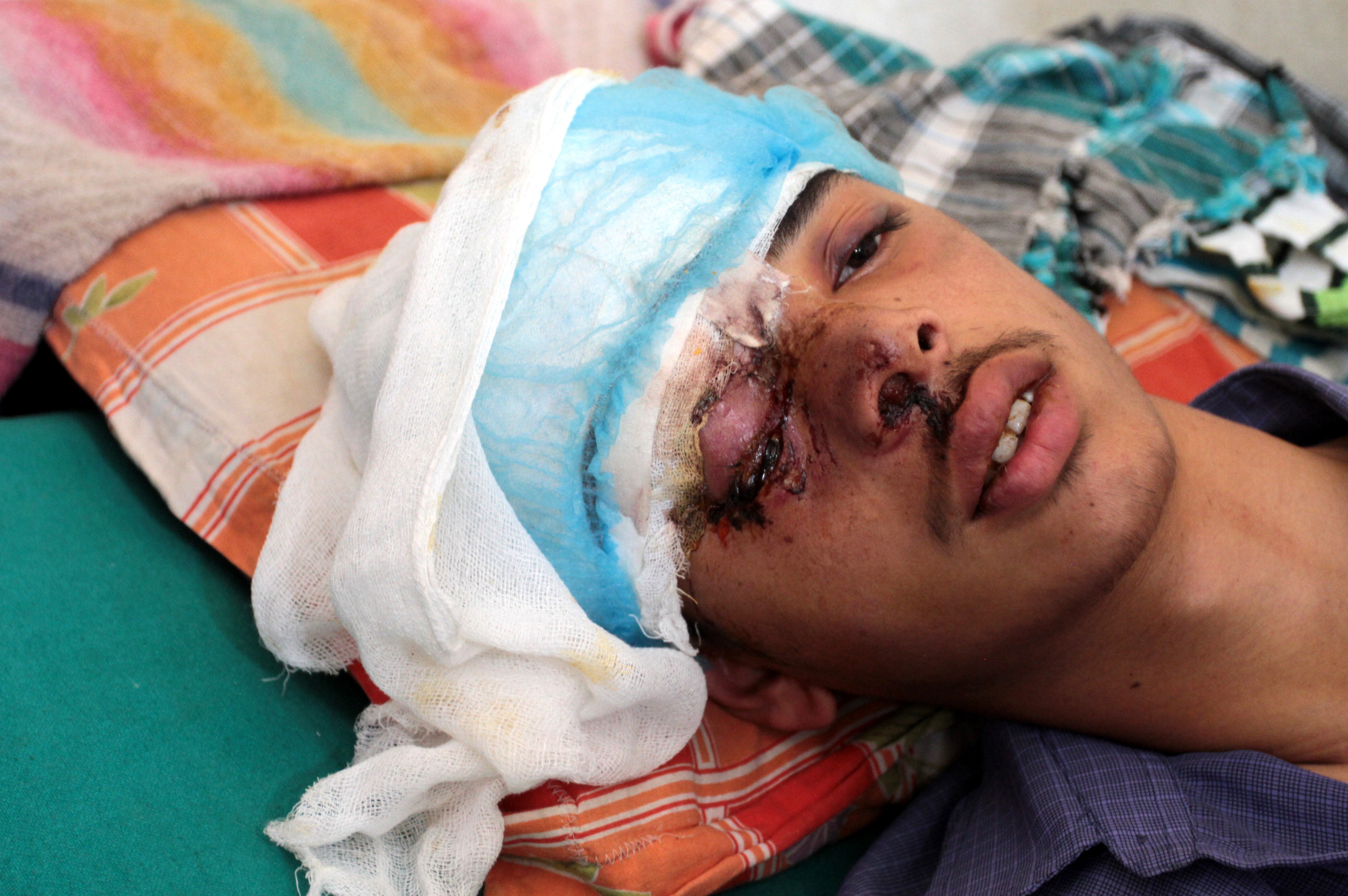 What are pellet guns and why are they so lethal?

Over a hundred people are being treated for severe eye injuries, and while the police claim that it is a

The recent violence in Jammu and Kashmir has brought pellet guns into focus. Over hundred people are being treated for severe eye injures after security forces fired pellet guns to contain violence triggered after Burhan Wani, a militant, was killed last week. Police claim that it is a “non lethal weapon”, but doctors treating pellet victims say it maims a person forever.

Pellets are loaded with lead and once fired they disperse in huge numbers. They don’t follow a definite path. Pellets penetrate the skin’s soft tissues, and eye being the delicate structure is the most vulnerable to damage. Once the pellet goes inside an eye it shatters tissues and causes multiple damages to all parts of the eye.

How many types of pellets exist?

Doctors at Shri Maharaja Hari Singh (SHMS) hospital say there are different kinds of pellets. Normally they are round, but recently doctors have come across sharp edged and more irregular pellets. “For the first time the foreign bodies are more irregular edged which causes more damage,” said Dr Sajad Khanday, Ophthalmologist, SHMS.

When was this introduced? How many pellets are fired by a gun?

It was introduced by the state police in 2010 when more then 100 people were killed during the stone-pelting protests. Police officials said that one cartridge of a pellet gun contains a few hundred pellets which resemble ball bearings. The moment it is fired, the cartridge bursts and immediately throws hundreds of pellet from a single point.

How many people have lost sight in Kashmir because of the pellet guns during the last five days?

The administration has not provided an exact number. Out of 117 cases at SMHS, 106 surgeries were performed in which five people lost one eye completely.

Have doctors been able to bring vision back to victims?

What does the govt say about use of pellet guns in Kashmir?

Mainstream and separatist leadership have always raised their voice against using of pellet guns. The ruling PDP in February 2014 created uproar in the assembly over use of pellet guns in South Kashmir district. Then the PDP president Mehbooba Mufti had attacked the then chief minister Omar Abdullah for ‘continuing with its brute pellet gun policy to render Kashmiri youth without eyesight.’ But, after coming to power the PDP has failed to stop the use of pellet guns in Kashmir. “We disapprove of it… but we will have to persist with this necessary evil till we find a non lethal alternative,” J&amp;K government spokesperson and Education Minister Nayeem Akhtar told earlier this week.

Union Home Minister Rajnath Singh has urged the youth of Kashmir not to engage in stone-pelting and also asked security forces to refrain from using pellet guns against protesters. Rajnath also took a strong stand against Pakistan’s role in the ongoing tensions in the Kashmir Valley, asking Islamabad to desist encouraging Kashmiri youth from taking up arms.

(The story has been copied from Times of India)