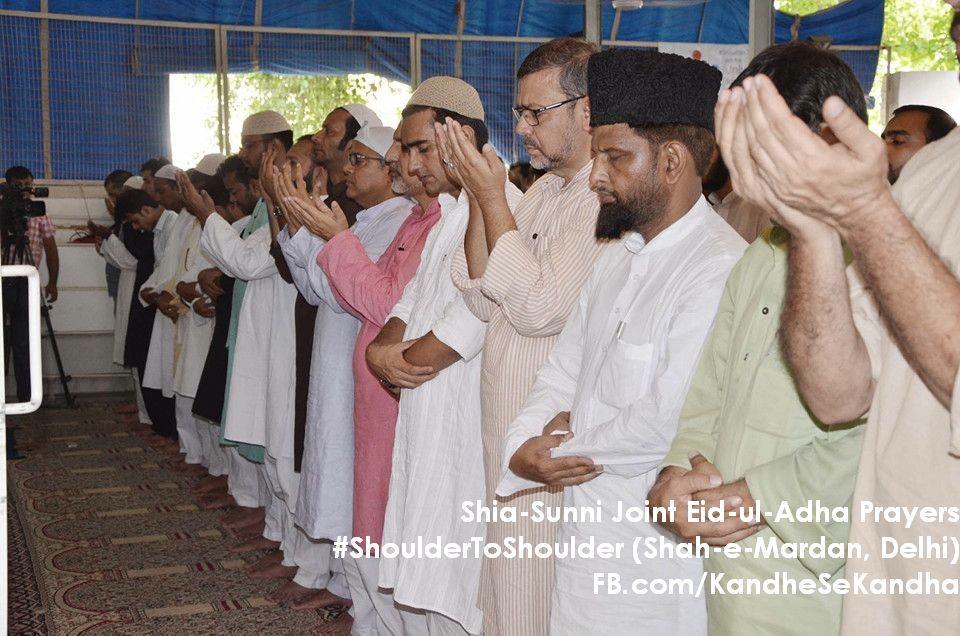 New Delhi:A number of Sunni and Shia Muslims in India’s capital city today offered Eid prayers behind a Shia Imam as a mark of unity.

On the occasion of Eid-ul-Adha, followers of both the sects performed prayers together in New Delhi’s Shia mosque of Shah-e-Mardan in Jor Bagh.

The combined prayers were a part of the #ShouldertoShoulder movement launched last year by two alumni of Jamia Millia Islamia.

The spokesperson for Anjuman e-Haidri, Syed Bilal, said that the joint Eid prayers represented the unity of Islam.

“We follow the same religion. Muslims should come together and discuss their differences if any,” he said.

The Chairman of Imam Council of India Maqsood ul Hassan Qasmi who belongs to the Sunni sect, spoke on similar lines. Qasmi said Islam is a religion of unity which has come under attack by some terrorist groups.

He said groups like the Islamic State were trying to divide Muslims by creating differences among them.

“These groups are using the name of Islam. We condemn them and declare that they are not Muslims,” he said.

The latest were the joint Eid prayers this year in Delhi’s Jamia Nargar to celebrate Eid ul-Fitr.