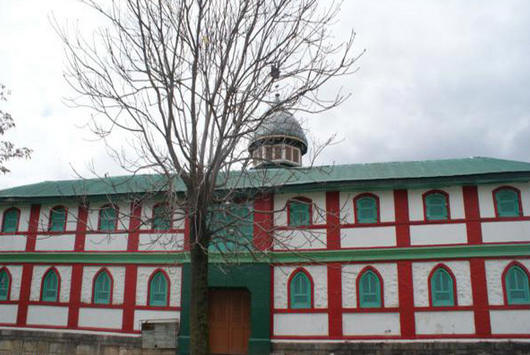 Day30:Massive Shia-Sunni Unity March On Way To Hazratbal To Pay Homage to ‘Martyrs’ of Kashmir

Srinagar:After offering Maqrib prayers together at Shia stronghold of Hassanabad in old city,shias and sunnis jointly marched towards Hazratbal to express solidarity with “martyrs” of Kashmir.

“The prayers were led by Shia Scholar Aga Syed Abid Hussaini and large number of shias and sunnis attended the prayers.They prayed for unity among different schools of thoughts in islam and also for the departed souls of all the martyrs.

After offering prayers,a unity march was taken out from Hassanbad that swelled by the time it reached Rangerstop—a bastion of Shia population.

According to reports “Around 8,000 people are part of the procession which is now on way to Hazratbal,”

When last checked, the march was peacefully moving towards Hazratbal.