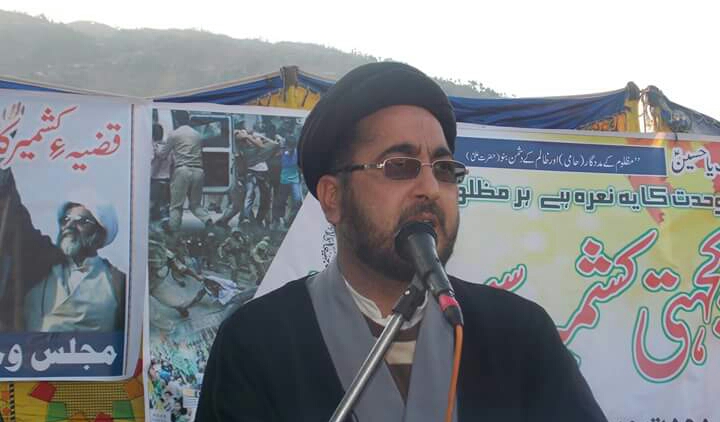 MUZAFFARABAD:Azad Kashmir’s Shia cleric Allama Tasawur Hussain Jawwadi was critically injured in an attack on Wednesday as unidentified men opened fired at his motorcycle near Muzaffarabad.

He was on his motorcycle with his wife when gunmen opened fire at them near Pakistan Islamic Medical Association (Pima) Hospital, some eight kilometres away from Muzaffarabad.

The cleric was shifted to Shaikh Khalifa Bin Zayid Al-Nahyan Hospital along with his wife for treatment.

Doctors said Jawwadi was in in critical condition and is being operated, however, his wife is out of danger now.

Secretariat police station SHO Raja Sohail told The Express Tribune that they have collected six empties of bullets of 9mm pistol from the crime scene and are trying to locate the car the attackers were travelling in.

“The entire area of Jhelum Valley has been cordoned off and all entry and exit points were blocked in order to nab the attackers,” said SHO Khan.

In July last year, armed assailants attacked a Shia cleric in Bani Gala area of Islamabad, killing his wife and injuring him, said the police.

Three armed men entered the house of Sagheer Ahmed Saifi and opened fire, killing his wife Sobia Saifi and injuring the cleric, the police said. A dispute over possession of a seminary land where the cleric served as an imam and a teacher could be the motive behind the attack, the police said.