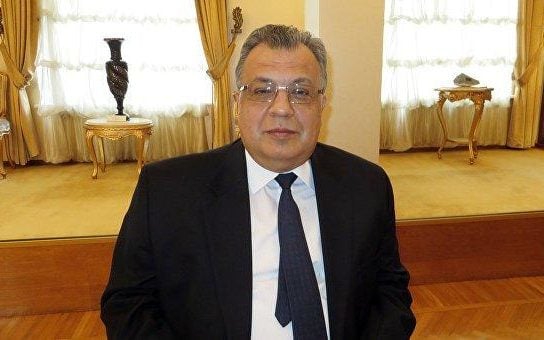 Russian ambassador to Turkey killed after gun attack in Ankara

Moscow:Russia’s ambassador to Ankara, Andrey Karlov, who was shot in the Turkish capital, December 19, 2016.

The Russian ambassador to Ankara has reportedly died of being seriously wounded following a gun attack in the Turkish capital.

Andrey Karlov was attacked while visiting an art exhibition opening in the Turkish capital on Monday, television reports said.

RIA Novosti cited sources as saying that he had died of his injuries.

The Russian Foreign Ministry spokeswoman, Maria Zakharova, had earlier said that he was hospitalized with a gunshot wound.

Zakharova said in a televised statement that the ministry would soon comment on “the attack on the Russian ambassador in Turkey.”

According to reports, Turkish police have fatally shot the assailant.

The ambassador was several minutes into a speech at the embassy-sponsored photo exhibition when a man wearing a suit and tie fired at least eight shots, according to an AP photographer in the audience.

The attacker also said some words in Russian and smashed several of the photos hung for the exhibition.