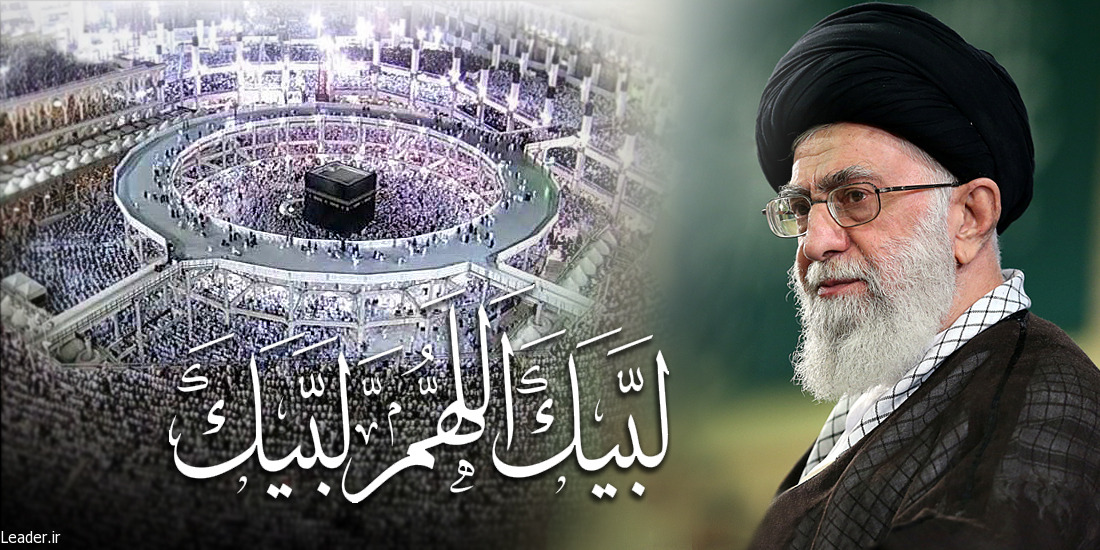 Tehran:The result of this is that the Zionist enemy (that is, the Israeli regime) is provoking sedition in the heart of the world of Islam’s geography while we Muslims, by ignoring our definite duty of saving Palestine, are busy with domestic wars in Syria, Iraq, Yemen, Libya and Bahrain and with confronting terrorism in Afghanistan, Pakistan and the like.

The full message of the Leader of the Islamic Revolution is as follows:

In the Name of Allah, the Beneficent, the Merciful

All praise belongs to Allah, the Lord of the Worlds, and peace and greetings be upon our Master, Muhammad, the last of the Prophets, upon his infallible Household, and upon his chosen companions.

I thank God Almighty for bestowing, this year as well as previous years, the blessing of performing the Hajj on an abundant number of believers from throughout the world, so that they can benefit from this refreshing and blessed spring, and so that they can be in the vicinity of God Almighty’s House engaging in worship, supplication, remembrance of God and seeking closeness to God on days and nights whose precious and auspicious hours can touch hearts and purify and ornament souls like a miraculous medicine.

The Hajj is a mystifying act of worship, a holy dwelling, a position full of divine blessings and an embodiment of God Almighty’s signs and symbols. The Hajj can help pious, humble and wise believers achieve spiritual accomplishments. It can make them become lofty and enlightened individuals. In can make them become insightful and courageous elements who are prepared to take action and make endeavors.

Both spiritual and political, as well as individual and social aspects are completely outstanding and visible in this unique religious obligation, and today the Muslim community is in dire need of both of these aspects.

On the one hand, the magic of materialism is busy beguiling [people] and causing annihilation by using advanced instruments, and on the other hand, the policies of hegemonic powers are instigating sedition and fueling the fire of discord among Muslims and turning Islamic countries into a hell of insecurity and disagreement.

The Hajj can be a cure for both of these grave maladies that the Islamic community is suffering from. In can purge hearts of impurities and illuminate them with piety and understanding, it can open eyes to the bitter realities of the world of Islam, it can strengthen people’s determination to confront those realities, it can make steps firm and it can prepare hands and minds.

Today, the world of Islam is beset by insecurity: moral, spiritual and political insecurity. The key reason behind this is our negligence and the brutal onslaught by the enemies. We Muslims have not fulfilled our religious and rational duties in the face of the onslaught by the vicious enemy. We forgot to be both tough on disbelievers and compassionate with one another.

The result of this is that the Zionist enemy (that is, the Israeli regime) is provoking sedition in the heart of the world of Islam’s geography while we Muslims, by ignoring our definite duty of saving Palestine, are busy with domestic wars in Syria, Iraq, Yemen, Libya and Bahrain and with confronting terrorism in Afghanistan, Pakistan and the like.

These are important responsibilities which fall on our shoulders, and which nations should demand from their governments. The elite should also try to achieve them with firm determination and pure intentions. These tasks are the definitive manifestations of helping God’s religion, which will definitely be followed by divine assistance as promised by God.

These are parts of the lessons of the Hajj and I hope we can understand and act upon them.

I ask God to accept your Hajj. I would like to commemorate the martyrs of Mina and Masjid al-Haram and I ask God, the Beneficent, the Generous, to elevate their status.

Greetings and Allah’s mercy be upon you.