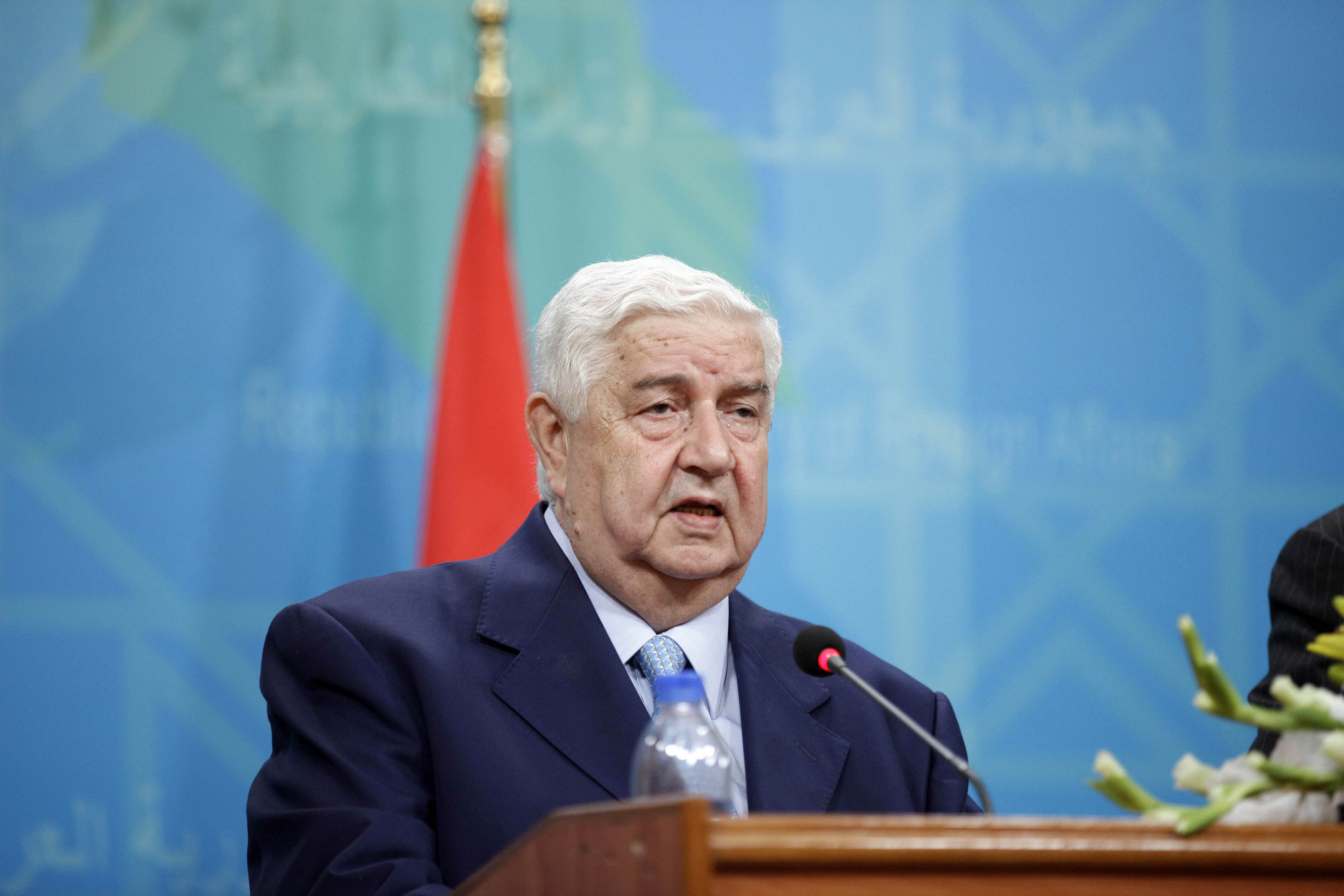 He made the remarks on Thursday at a meeting with China’s special envoy to Syria as fighting raged across the country after the collapse of UN-sponsored peace talks.

Muallem said the Syrian government would press on with its fight against terrorists, the official SANA news agency said.

The remarks come as leaders of the Saudi-backed High Negotiations Committee (HNC) left the latest round of the peace talks, which began in Geneva on April 13, to protest at what they called escalating violence and restrictions on humanitarian access in Syria.

Some foreign-backed militant groups have declared a new war on Syrian government forces as opposition negotiators suspended their participation in peace talks.

The declaration of the new war came as the Syrian army pushed ahead with its battle in Aleppo against Daesh and Nusra Front terrorist groups which are excluded from peace talks.

In reaction to the HNC decision, Syria’s chief negotiator in peace talks, Bashar al-Ja’afari, said on Wednesday that the so-called opposition group does not represent the Syrian people.

Syria’s chief negotiator Bashar Ja’afari said the opposition and the countries that support it are “annoyed because of the progress being made by the Syrian army on the ground.”

Al-Ja’afari, who also serves as Syria’s ambassador to the United Nations, has said that Damascus is prepared to discuss the formation of a new inclusive unity government but the future of President Bashar al-Assad remains off limits.

Senior Syrian officials blame Saudi Arabia as well as Turkey and Qatar, the HNC’s chief supporters, of seeking to sabotage the peace talks.

The Russian Foreign Ministry has also dismissed as groundless opposition allegations that the Syrian government forces violated the ceasefire brokered by the US and Russia, which went into effect on February 27 across Syria.

Syria has been grappling with a deadly conflict it blames on some foreign states for more than five years.

The militancy has left over 470,000 people dead so far, according to a February report by the Syrian Center for Policy Research.