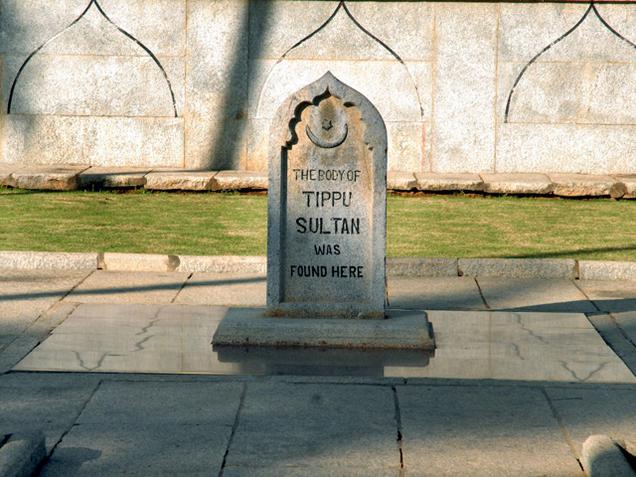 Tipu Sultan: a secular internationalist, not a bigot

The recent offer made by a film producer to Tamil superstar Rajinikanth to act in a movie on the ‘Tiger of Mysore’, Tipu Sultan, has yet again opened up a Pandora’s Box. The Bharatiya Janata Party (BJP) and some Hindutva groups have demanded that Rajinikanth refuse the offer. This argument is made on the grounds that Tipu, the 18th century ruler of Mysore state, was a “tyrant” who killed thousands of Hindus as they refused to convert to Islam.

This is not the first time that Tipu’s name has been dragged into a controversy. It began some years back when Sanjay Khan made a tele-serial based on Bhagwan S. Gidwani’s book, The Sword of Tipu Sultan. His name was once again dragged into a controversy when the Congress government intended to celebrate his birth anniversary in 2014. There was opposition when a proposal was made to establish a university named after him.

Muzaffar Assadi Tipu’s very name has become contentious for two reasons: first, his controversial steps in dealing with different communities and people who rose against him. Second, different perspectives through which history was constructed and his image built.

Colonial historians have projected Tipu as a “religious bigot”, who was instrumental in killing and converting to Islam thousands of Nayars of Kerala, Catholics of Dakshina Kannada and Coorgis of Kodagu. Even Kannada chauvinists have projected him as anti-Kannadiga as he was instrumental in changing the local names of places and introducing Persian vocabulary into administration. Marxist historians, on the other hand, have viewed him as “one of the foremost commanders of independence struggle” and a “harbinger of new productive forces”.

History is unkind to Tipu Sultan. The fact is that Tipu cannot be reduced to a singular narrative or tradition of intolerance or bigotry as he represented multiple traditions. He combined tolerant inter-religious traditions, liberal and secular traditions, anti-colonialism and internationalism. He could do this as he had strong roots in Sufism, which is not explored much by historians. He belonged to the Chisti/Bande Nawaz tradition of Sufism.

In fact, Tipu was radical in more than one sense. He was the first to ban consumption of alcohol in the entire State, not on religious grounds, but on moral and health grounds. He went to the extent of saying: “A total prohibition is very near to my heart.” He is credited with introducing missile or rocket technology in war. He was the first to introduce sericulture to the then Mysore state. He was the first to confiscate the property of upper castes, including Mutts, and distribute it among the Shudras. He is also credited with sowing the seeds of capitalist development at a time when the country was completely feudal. He thought about constructing a dam across the Cauvery in the present-day location of Krishnaraja Sagar. He completed the task of establishing a biodiversity garden named Lal Bagh.

His tolerance is reflected in his annual grants to no less than 156 temples, which included land deeds and jewellery. His army was largely composed of Shudras. When the famed Sringeri Mutt, established by Shankaracharya, was invaded by the Maratha army, he issued a firman to provide financial assistance for reinstallation of the holy idol and restoring the tradition of worship at the Mutt. His donation to the famous Srikanteshwara temple at Nanjangud; the donation of 10,000 gold coins to complete temple work at Kanchi; settling the disputes between two sects of priests at the Melkote temple; and gifts to Lakshmikanta temple at Kalale are all well-known. Interestingly, Srirangapatna, a temple town, remained his permanent capital till the end of his rule. He was also instrumental in constructing the first-ever church in Mysuru. Incidentally, well-known historian B.A. Saletore calls him “defender of Hindu Dharma”.

The allegation of forcible conversions has to be seen in the background of political exigencies — either they were with the colonialists such as in the case of Christians of Dakshina Kannada, or were waging a protracted guerrilla war as in the case of Coorg. Here, historians have distorted the facts by reducing political exigencies to the “communal ideology” of Tipu.

A ruler, who once identified himself with the American and French Revolution and Jacobinism, has remained an enigma to many. That a man who ruled for just 16 years continues to haunt Hindutva groups obviously means that Tipu continues to exist in the political discourses, political narratives as well as in the imagination of nation-building. This is where the irony of history lies — one cannot just bury Tipu in the annals of history.

(The writer is chairman, department of political science at the University of Mysore.muzaffar.assadi@gmail.com )